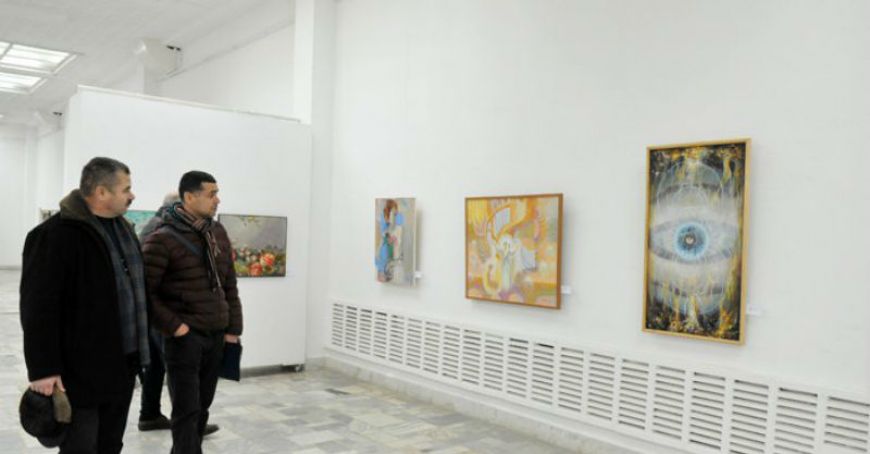 Over 80 plastic artists exhibited their works at "Eminesciana 2019"

The exhibition "Eminesciana 2019" brought together 85 plastic artists from the Republic of Moldova. The opening and handing over of the awards took place at the "Constantin Brâncuşi" Exhibition Center in Chisinau. Moldovan Artists Union President Dumitru Bolboceanu says that the Eminescu theme has inspired more participants this year, Radio Moldova News reports.

"This is an exhibition that has been very successful in recent years, and it's been a contest in the meantime. We also have prizes. The awards are awarded by the Union of Fine Artists, three awards and six merit diplomas. We do not necessarily keep the works reflecting the poet's creation. It is a free exhibition where artists can exhibit works from their own creation," said Dumitru Bolboceanu.

The president of the Critical Department of Arts at the Union of Fine Artists, the habilitat doctor Tudor Stăvilă, believes that the academician, the journalist and publicist Mihai Eminescu should be rendered in complete integrity.

"Mihai Eminescu is a romantic of our century. Romanticism must also be present in this exhibition. He has created a beauty aesthetics and many of the works here contain gentleness, the feeling of eternity. There are also works that try to describe it as they understand it, and usually many of these works are sentimental. Compared to other exhibitions, I think it is one of the most diverse and varied that has been attended by more plastic artists than usual," said Tudor Stăvilă.

The exhibition "Eminesciana 2019" is open until January 27th.

Ion Chicu: "As a prime minister, I do not transfer any cent to ECHR cases"