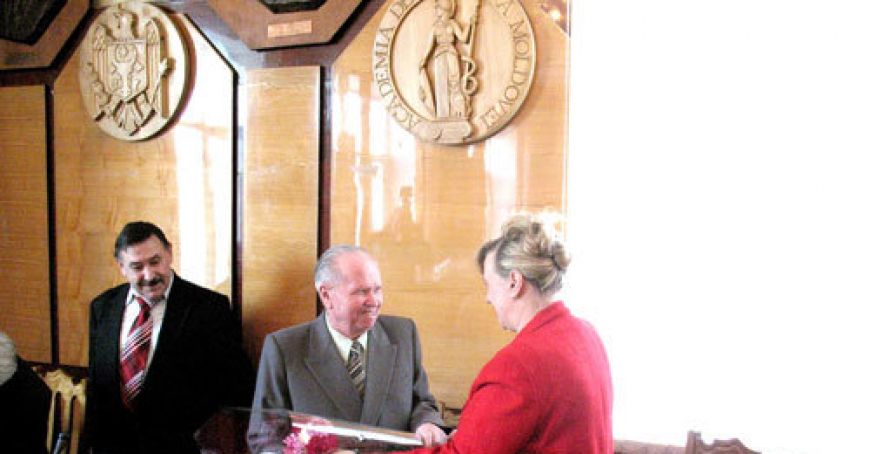 He removed from the prohibitions and ideological censorship the work of the classics of Romanian literature, researched the creation of contemporary writers and left behind talented disciples. Academician Haralambie Corbu has celebrated 90 years since he was born among his colleagues at the Academy of Sciences of Moldova (ASM) where he has been active for almost seven decades, Moldova 1 reports.

“For me, the Academy of Sciences is like the Old Dubasarii where I was born and where my roots were left. The Academy has been and remains in some kind mine motherland. From 1951, I started with the classics, first of all Eminescu, Creangă, Kogălniceanu, Alecsandri and the others that have been inherited in our heart and in our conscience,” told Haralambie Corbu.

„Literary critic and literary historian of force, in fact, a pillar of science in the Republic of Moldova. The main thing that even today, at 90, is an art to reach this age, is an example for the young generation, dedicated to research," said Ion Tighineanu, president of ASM.

In this context, the president of the Academy has completed the series of scientific and state distinctions of Haralambie Corbu with the medal "Scientific Merit", class I, and the colleagues at the Academy have appreciated his longevity, his vocation for literary science.

"His monograph on Vasile Alecsandri dramaturgy has been reissued five times with additions, updates. Alecsandri together with Stere, Eminescu publicity was a masterpiece of his activity as a literary historian,” said the academic Mihai Cimpoi.

The academic Haralambie Corbu was born 90 years ago in the village of Dubăsarii Vechi. At this age, he continues to be at the forefront of events, research, and his monographs represent a spiritual legacy necessary to know the history of Romanian literature in this space.