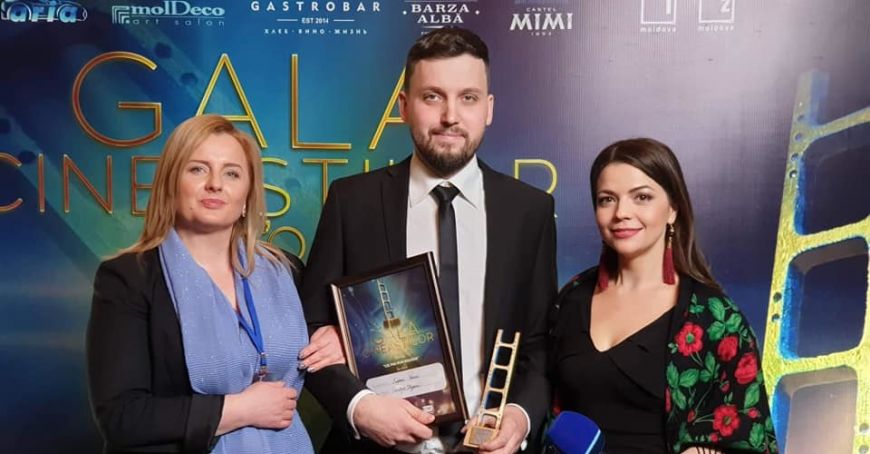 The author of the film "Goodbye Olegovici", Eugeniu Popovici, was nominated in the category "Best director", in the gala event of the Union of Filmmakers of Moldova, which took place on the evening of January 20. Since 2017, he has been working as a principal director at the "TeleFilm Chisinau" studio.

The first documentary film, "The Kingdom of Loneliness" was made in 2011, with which he won the trophy in the "Local Televisions" category of the International Documentary Film Festival "Chronograph". They followed the documentaries "Home in Marinfeld" (2014) and "The big theater in Soroca", both nominated for the big prize at the ADAMI MEDIA PRIZE festival.

Below you will find the list of all the winners of the Gala of the Cinemas, the 2020 edition:

The Minister of Education, Culture and Research, Corneliu Popovici, present at the event, came with a congratulatory message for the laureates, mentioning that he will give all the support for the development of the national cinema.

"We sent congratulations to all those who have found their vocation in the field of cinema, noting that the Ministry of Education, Culture and Research will support the development of national cinema, will promote a fair and transparent competitive system of access to the public financial sources for the cinema and will support the development of the film industry in the Republic of Moldova through the initial and continuous professional training of the specialists in the field,” said Corneliu Popovici.

The event was organized for the first time by the Union of Filmmakers of Moldova in collaboration with the National Center of Cinematography and the Ministry of Education, Culture and Research.