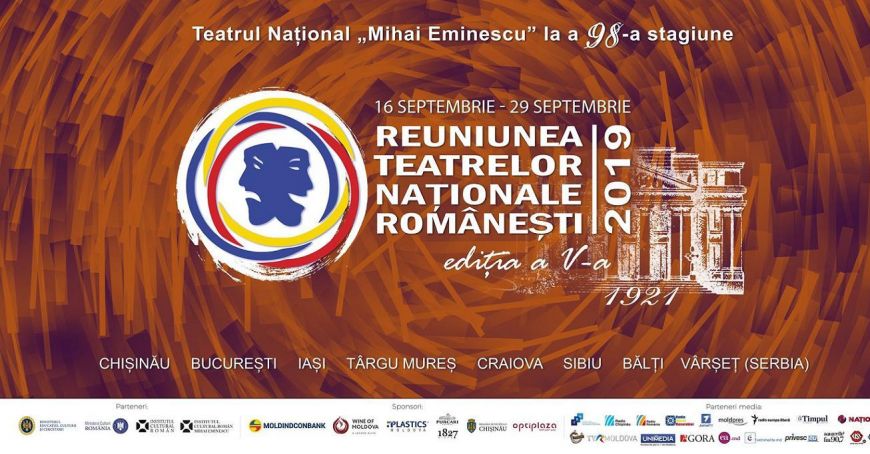 The Fifth Reunion of Romanian National Theaters continues today with "Delhi Dance"; a show of the National Theatre "Vasile Alecsandri" from Iaşi. The national theaters in Balti and Bucharest will present their new productions in the next days, Moldova 1 TV reports.

An unprecedented event will take place on September 27 with the show "The Tree of Life" by Dumitru Matcovschi. Under this event, actors Ninela Caranfil, Iurie Negoiţă and Nicolae Darie who dedicated 5 decades of their life to the national theatre “Mihai Eminescu” will be brought homage. A novelty of the reunion is the active art project: "Retroelectro" by director Bogdan Georgescu, a performance staged at the National Theater "Marin Sorescu" in Craiova. The subject is based on a real fact from Romania in 2018.

„It is a show written together with the director Bogdan Georgescu. It starts from a real case which means to accept a system which you are part of, which means fear, obedience”, said the actress of the theater in Craiova, Ioana Manciu.

"It's a project about nationalism and about bad nationalism, about the toxicity of this outdated concept and the fact that if we don't care, we don't control ourselves - things can get worse," said director Bogdan Georgescu.