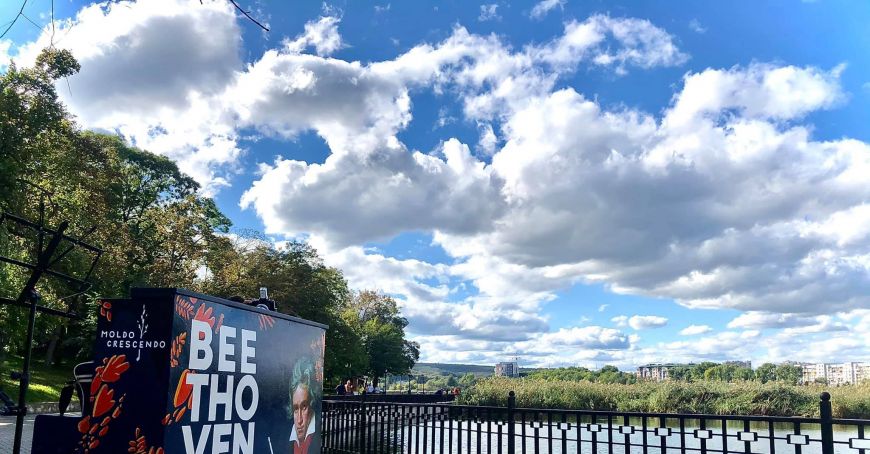 Unusual flashmob in a park in Chisinau

Even in the pandemic period, culture can take on colors in the most beautiful places in Chisinau. An unusual flashmob took place today in Valea Morilor Park. Here resounded the music of the greatest composer of all time - Ludwig van Beethoven. The initiator of this action, on the occasion of the 250th anniversary of the artist's birth, is Marcel Lazăr, who returned home for new musical projects, Moldova 1 reports.

"We found a small way out of this year's pandemic situation, to bring music closer to the people. Beethoven's music is a revolt, a revolution against injustice, against inequality. His music transmits through the language of sounds the desire to live and to strive for high values," said Marcel Lazăr.

Unusual to the music played on piano and violin in this space, some people passed indifferently, but others listened and enjoyed the uplifting rhythms.

We find, in this musical masterpiece, the beauty of nature that Beethoven loved so much, but also the emotions, the states of crisis of the composer, who in 1801, when he composed the sonata, began to have hearing problems. Along with Marcel, was Daniel Lazar, a student at the "Ciprian Porumbescu" High School, also holder of international awards.

The first flash mob took place in front of the National Philharmonic "Serghei Lunchevici", devastated by the September 24 fire. In front of the institution, Marcel Lazar performed on the piano the sonata "Pathetic".

The third and last flashmob will take place on Tuesday on Ştefan cel Mare şi Sfânt boulevard. All musical moments are filmed and will be posted on the internet as part of the international project Beethoven 250.