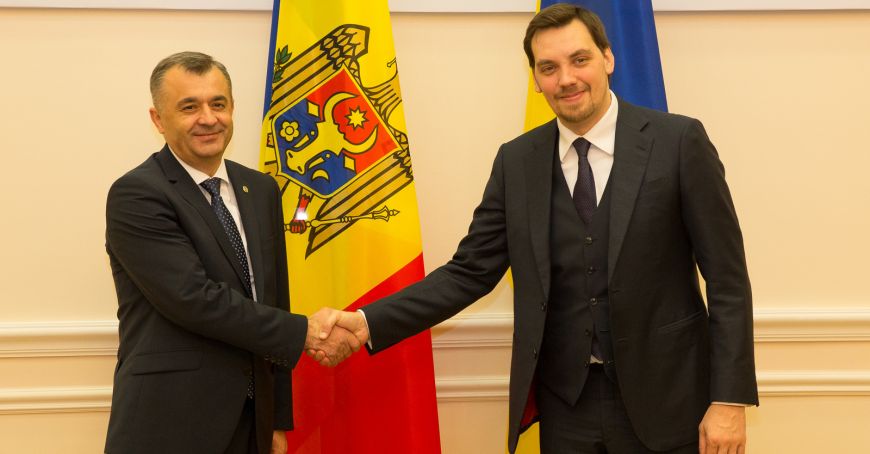 Free economic zone to be set between Moldova and Ukraine

A free economic zone might be set between the Republic of Moldova and Ukraine. This and other issues related to managing internal territorial conflicts were discussed during the working visit to Kiev by the Prime Minister Ion Chicu.

During the discussions, the Ukrainian Prime Minister pointed out that both states have internal territorial conflicts and he was convinced that a communication and an exchange of experience on these topics would strengthen the security in the region.

Prime Minister Chicu thanked for the invitation and appreciated the progress in Government communication recorded in recent weeks.

The sides discussed energy issues, mainly the supply of natural gas and transit after December 31, 2019, which depends on the agreements between Ukraine and Russia.

The Prime Ministers addressed a set of topics related to the Moldova-Ukraine bilateral cooperation, such as: strengthening security in the region, including mutual support in regulating the conflicts existing in the territory of both states, liberalizing the car and air transport, extending the single control at the common border by implementing the mechanism at new crossing points, the anti-dumping measures imposed by the Government of Ukraine for a set of products, which affect Moldovan producers and others.

The prime ministers decided to organize a meeting of the co-chairmen of the Moldovan-Ukrainian Intergovernmental Commission for Economic Cooperation with the task of promoting progress on each of the topics of common interest.