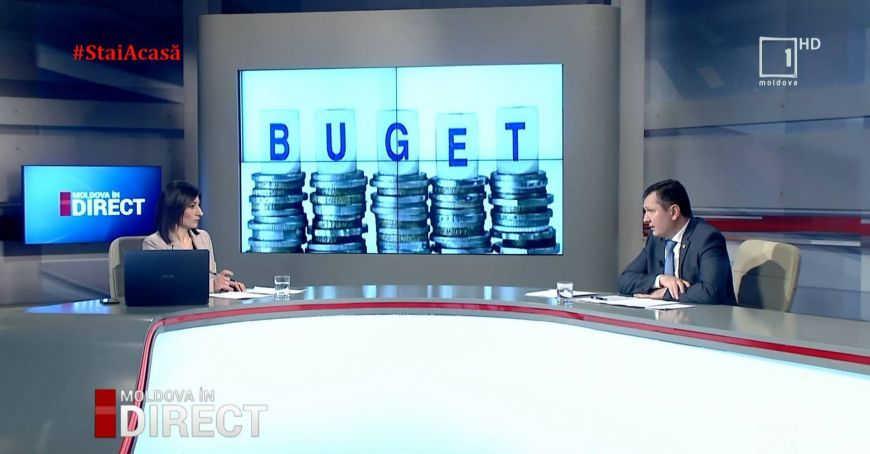 Minister of Finance: People working in the risk area will be paid

The state budget will be amended next week to establish funding resources for actions to prevent the spread of coronavirus, including increasing the salaries of doctors involved in the fight against the pandemic. This was announced by the Deputy Prime Minister, the Minister of Finance, Serghei Puscuţa. According to him, all people involved in monitoring and preventing the spread of the virus will receive bonuses. The budget will be updated on three dimensions: the social, economic block and the coverage of the budgetary expenses, reports Moldova 1.

"Whoever activates in the risk zone and brings a greater value in combating this phenomenon will be highly paid to other colleagues who are not in the risk zone. We need with all the conscience to appreciate their efforts. Now the possibility of this bonus being offered from other funds is being examined”, said Serghei Puscuta.

The official also listed the sources from which these additional expenses will be covered.

"Internal and external financing sources, from loans, including the loan from the Russian Federation. We are at the final stage of negotiations. It is a real source of income that we have already considered as a budgetary support for these actions. We are currently discussing with the International Monetary Fund. There would be some pretty essential funding, the maximum possible would be $ 118 million. We have discussions with the World Bank. We have a reserve of several tens of millions of dollars that we could use as a loan, "said the Minister of Finance.

The authorities also initiated discussions with the European Investment Bank and the Council of Europe Development Bank.

PAS proposes double salaries for employees in the healthcare system