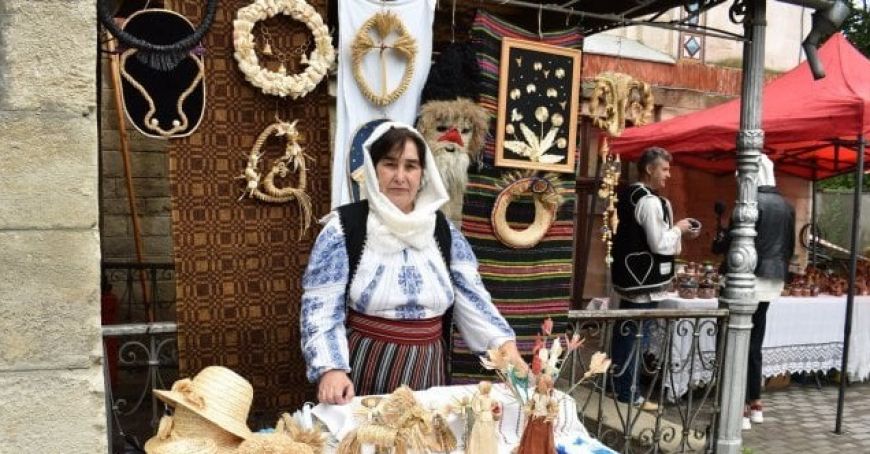 The fair of folk craftsmen in Chisinau

An impressive diversity of objects created from ceramics, wood, rushes and braids, textiles, ornaments, wooden toys, masks, traditional folk costumes were exhibited this weekend in the courtyard of the National Museum of Ethnography and Natural History at the Fair of Folk Craftsmen. The event was organized in partnership with the National Center for Preservation and Promotion of Intangible Cultural Heritage in order to promote and support traditional crafts in various localities of our country, reports Moldova 1.

For more than 20 years, Eugenia Moldovan has had a passion for making woven objects made of vegetable fibers. Through the skill of her hands, creativity, imagination, the craftswoman creates souvenirs from straw and cloth, decorative panels, hats and dolls.

At the event, the most famous folk craftsmen in the country were invited, who make objects respecting the traditions of their ancestors.

Visitors were impressed by the craft traditions of Moldova and purchased various items, both for the home and for relatives.

According to the organizers, the purpose of this action is to promote and support traditional crafts.

"Firstly, to promote folk crafts in the Republic of Moldova and secondly, to support folk craftsmen in this critical period, difficult when they did not have the opportunity during the current year to capitalize on the creations," said the director general of the National Museum of Ethnography and Natural History, Petru Vicol.

The museum plans to hold such fairs every month in the institution's courtyard.