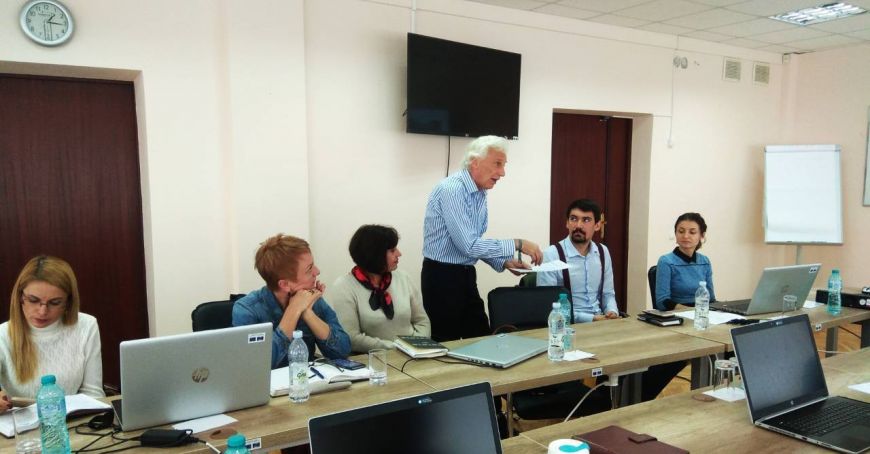 Trainings for employees of the public television station

In the period 5-10 November 2009, within the Training Center of IPNA "Teleradio-Moldova", international experts held several trainings for reporters, cameramen, presenters and producers of the shows produced at the public television station. Barney Jones, former BBC talk show publisher, Raghida Brahnam from Al Arabiya & Hadath News Channels, and Simon Hustings of the Thomson Foundation in the UK are the trainers who shared their own experience with TRM employees.

S. Hustings held the course for cameramen and reporters, where he revealed several secrets about "working with the video camera", tackling several topics such as: working conditions (how to shoot under unfavorable conditions), collaboration between reporter and cameraman, how to produce engaging material? The trainer offered a series of tips and answers to the questions of the participants in the theoretical part of the course. At the practical part, the participants worked with the camera, filmed in the field, while the expert analyzing the products came up with suggestions for improving the image quality and content.

Talk-show makers and speakers have benefited from Barney Jones's lecture. He has shared his experience with BBC television. He presented several video segments of his TV program and watched behind the scenes a few shows at the public television station, after which he expressed his opinion on how to improve the quality of media product, highlighting what would be the "difficult" interview method for talk-sessions, and taught participants to use "defrost" and "bracing" techniques for guests on shows.

The trainers worked separately, but pursued the same goal of contributing to the improvement of the quality and the raising of shows offered to the public by TV Moldova 1 to the international broadcasting standards.

Family justice center will be established in Moldova

Romania: Over 30% of the tests performed in 24 hours are positive

Residents of Chisinau can request the connection to central heating

Wood for needy families is delivered in Chisinau

More than a hundred children in Chisinau are in self-isolation