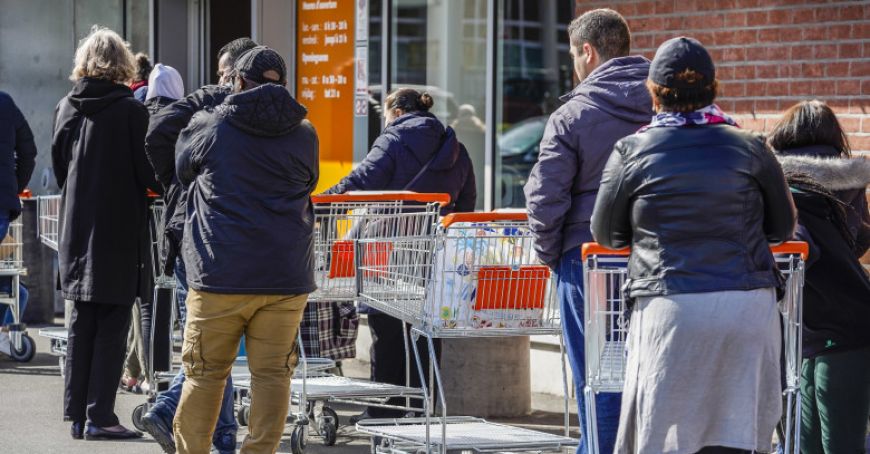 In Genoa, Italy, the mask becomes mandatory outside and regardless of the distance between people. Madrid is on the verge of re-entering general quarantine. However, Belgium announces new relaxation measures, although the number of COVID-19 cases is increasing, Moldova 1 reports.

Wearing a mask became mandatory even outdoors in the historic center of Genoa, the great port in northern Italy.

"We are facing a potential source of contamination in the historic center. We have therefore decided to take precautions. Those who do not wear a mask will be punished even more severely," said the mayor of Genoa, Marco Bucci.

Italy, unlike neighboring countries, has a low number of contaminations. In the peninsula, more than 1,600 new cases have been announced in 24 hours, compared to almost 11,000 in Spain. The country's capital risks being quarantined again. Hundreds of law enforcement officers check every car entering and leaving the isolated areas of Madrid. The queues are endless. Only those who provide proof from the employer or the school can travel without restrictions. Sanctions were also announced.

In Belgium, however, from October 1, wearing a protective mask in open spaces is no longer mandatory, and the period of self-isolation will be reduced to seven days.

"Wearing a mask is important when we want to control an epidemic, but we no longer need to wear it everywhere," said Sophie Wilmes, Belgium's prime minister.

Masks will continue to be mandatory in shops, cinemas, public transport and on busy streets. Until now, masks were mandatory in the open air in Brussels and a few other cities.

TRM.MD recalls that France has also announced new severe measures to combat the progress of the COVID-19 pandemic, in particular, the total closure of bars and restaurants in the second largest city in the country, Marseille, and the transition to "high alert" in 11 metropolises, including Paris.