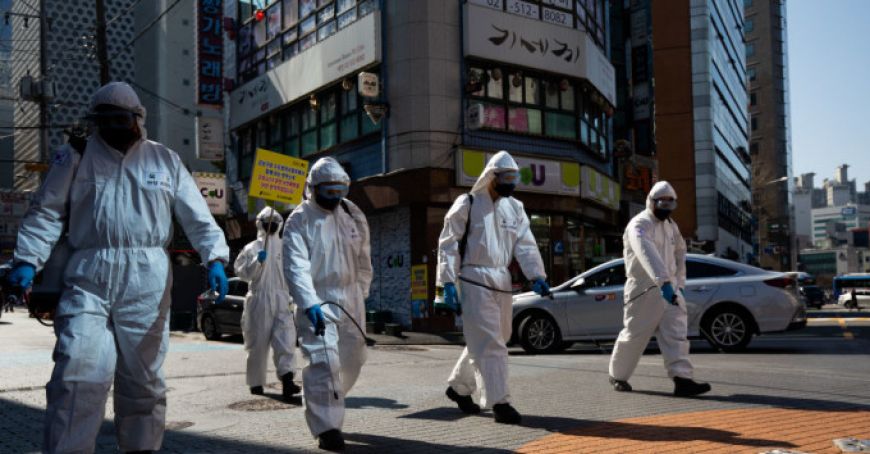 South Korea and China are among the Asian countries facing a new wave of coronavirus infections, caused by infected people from other regions now coming to these countries, Radio Moldova reports.

China reported 78 cases of COVID-19 on Tuesday, most of the contamination imported from abroad, raising fears about a new wave of contagion. On the other hand, seven deaths were recorded, according to the official balance of the Ministry of Health. All occurred in Wuhan, where a new case was reported after five days without further contamination. Of the 78 new contamination reported Tuesday, 74 are so-called imported cases, almost double compared to the previous day. Many cities have adopted strict rules to quarantine new arrivals.

Cases imported by coronavirus have also increased in South Korea from 47 to 67, the South Korean Center for Disease Control and Prevention announced today. Additional cases with the new coronavirus show a declining trend in South Korea, but the number of imported infections marked the highest daily increase, while the country imposed two weeks of quarantine on those coming from Europe, according to Yonhap. South Korea has begun to apply stricter social spacing rules on Sunday to slow the COVID-19 pandemic.

In order to handle the imported cases, South Korea imposes two weeks of quarantine on people arriving from Europe for a long stay, whether or not they have symptoms.

Romania and Ukraine intend to lift some restrictions

Moldova will negotiate with CEB a loan worth 70 million Euros