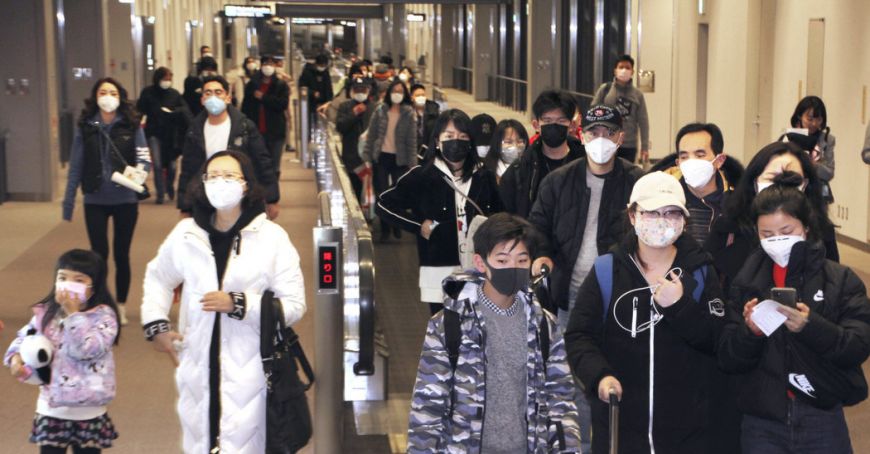 Coronavirus is spreading across Europe. Austria, Croatia, Spain and Switzerland reported the first cases of infection. All the infected people have recently traveled to Italy. In Tenerife, over 1,000 tourists were quarantined in a hotel after an Italian doctor staying here has been tested positive with Covid-19. At the same time, Algeria and Brazil have confirmed a case of coronavirus each, and in China the number of deaths continues to decline, reports Moldova 1.

The vacation of over one thousand tourists staying at a hotel in Tenerife has turned into a nightmare. All were quarantined for 14 days. So the hotel staff informed the customers, through a ticket placed under the door, that their health is endangered.

"We woke up in the morning with a ticket under the door, informing us that we are not allowed to leave the rooms for medical reasons and that we are quarantined," said Ren Christensen, a tourist.

"All we know is that an Italian doctor who stayed here for six days last week had coronavirus symptoms," said Hanne Christensen, a tourist.

Eventually, the tourists were let out of their rooms, but they were forbidden to leave the hotel.

Two other cases of coronavirus have been reported in France.  So, authorities have advised citizens to avoid traveling to Italy. In the Peninsula, the death toll rose to 11, and the sickness rate increased to 322. Italy is the European country most affected by the spread of the new virus and even though the number of tourists has practically halved in the last days, there are also those who have not given up the holiday.

"Italy is a beautiful country and we are not afraid of coronavirus";

"I think if you are healthy you should not worry because the virus only affects the older ones and those having other diseases," people say.

In Switzerland, the first case of Covid-19 was announced. That is a 70-year-old man who traveled to Lombardy.

“The man traveled to Lombardy in mid-February. He is hospitalized and was isolated. So far, his health has been good,” said Pascal Strupler, FOPH spokesman.

A first case of infection with the feared COVID-19 has been reported in Barcelona, Croatia, but also in Austria.

"It is about a couple of Italians who were on holiday in the Tyrol region. The young people are 24 years old and are now hospitalized and isolated," said Guenther Weiss, director of the clinic in Innsbruck

"I want to announce in this way that I was tested positive for the coronavirus test. Yesterday I had a fever. Late in the night, the test results showed that I was infected, so I isolated myself. It is a virus that does not discriminate between rich and poor, so be careful," said Iraj Harirchi, Deputy Minister of Health of Iran.

An American soldier stationed in South Korea was tested positive for coronavirus. This is the first US military to be infected with the killer virus. Officials in the US health system have warned Americans to be prepared for the "inevitable spread" of the world's devastating coronavirus. There are already 53 confirmed cases in the USA. In Romania, dozens of people were quarantined after they recently returned from Italy, no official illness has been confirmed in the neighboring country.

COVID-19 in Moldova: Three other people were killed by the infection

31 August 1989 Str. in Chisinau will be redesigned

Study: 80% of those cured by COVID-19 may still have symptoms two months after infection

Online psychological assistance for those affected by crisis caused by Coronavirus

COVID-19 in Moldova: Another 269 confirmed cases