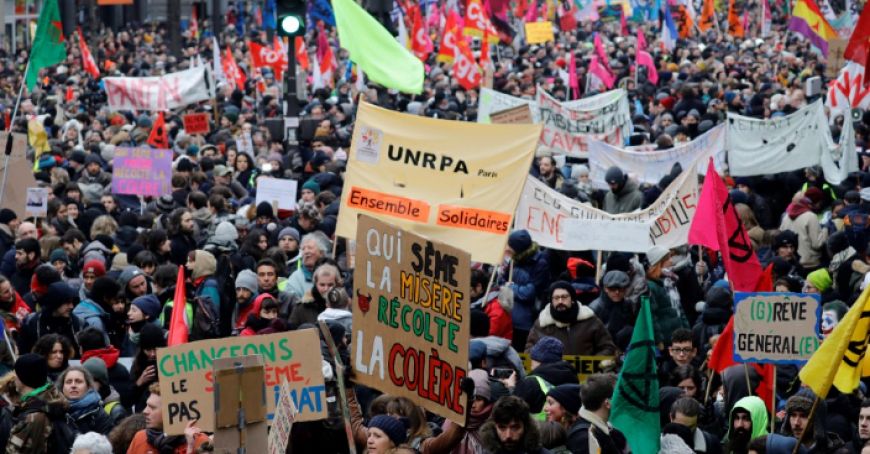 France braced for second day of stoppages as strike bites

France was on Friday preparing for a second day of travel cancellations and school closures as unions warned there would be no let-up in the strike called to protest planned pension reforms, AFP reports.

The first day of a strike, seen as a major test for President Emmanuel Macron's ambitious vision of reforming France, saw giant rallies across the country coupled with walkouts that paralysed transport and closed schools.

Friday was set to follow a similar pattern, with almost all high-speed train services cancelled, most of the Paris metro system shut down and hundreds of flights set to be axed.

More than half a million people protested across France, according to a tally of official figures, even excluding a protest that unions said gathered around a quarter of a million in Paris.

Macron has faced a wave of opposition this year, from the "yellow vest" movement demanding improved living standards to more recent protests from police, firefighters, teachers, hospital workers and lawyers.