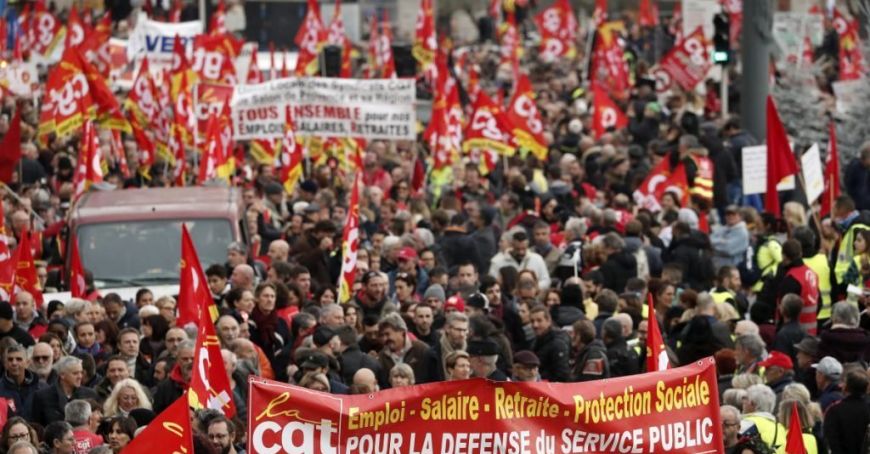 France's vaunted high-speed trains stood still on Thursday, schools across the country shut down and the Eiffel Tower warned visitors to stay away as unions held nationwide strikes and protests over the government's plan to overhaul the retirement system, AP reports.

Paris deployed 6,000 police for what is expected to be a major demonstration through the capital, an outpouring of anger at President Emmanuel Macron for a reform seen as threatening the hard-fought French way of life.

The Eiffel Tower and the Louvre Museum warned of strike disruptions, and Paris hotels struggled to fill rooms. Many visitors, including the U.S. energy secretary, canceled plans to travel to one of the world's most-visited countries amid the strike.

To Macron, the retirement reform is central to his plan to transform France so it can compete globally in the 21st century. The government argues France's 42 retirement systems need streamlining, and the transportation minister said he will meet with unions Thursday to try to defuse tensions.