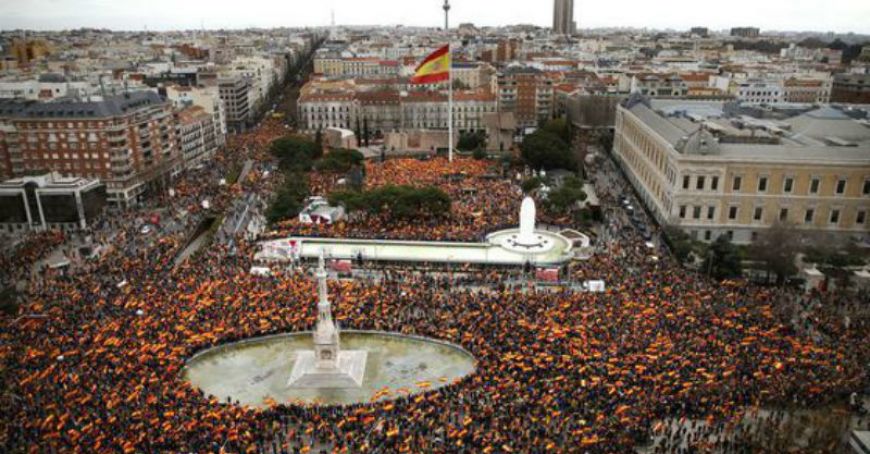 Thousands of people are protesting in Madrid

Tens of thousands of people protest Sunday in Madrid against plans by the Spanish government to reduce tensions in the Catalonia region, reports BBC, quoted by Mediafax.

The People's Party and the Ciudadanos (Citizens) have called for protests to be held after Spanish Prime Minister Pedro Sanchez offered the separatists a chance to negotiate. The opposition believes the offer is a "betrayal," and the separatists rejected the idea.

Extreme-right groups, including the Vox party, take part in protests with the slogan "For a united Spain. Elections now! ".