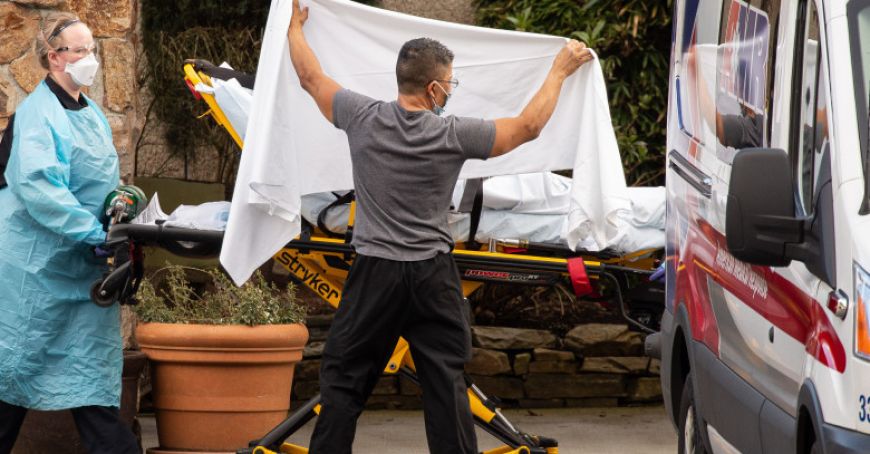 New restrictions in several countries on the SARS-CoV-2 virus

The SARS-CoV-2 pandemic virus is forcing governments to impose new restrictions. The Prime Minister of the United Kingdom, Boris Johnson, presented a five-point plan, with new restrictions in England, which could last half a year. Tough measures have already been imposed in Spain, Italy, Austria, the Czech Republic or Hungary, Moldova 1 reports.

Working from home, closing bars, restaurants and other places at 22:00, wearing a mask becomes mandatory in shops and taxis, and the number of wedding attendees is reduced to 15 - these are the new rules that will come into force in the UK in coming days.

Companies that break the rules will be fined up to £ 10,000 or even closed, while individuals could be fined £ 200 if they do not wear a mask.

In Denmark, police patrol the streets to see if people are wearing masks and not sitting in large groups and if bars and terraces close at 22:00.

In Hungary, crisis cells were re-established, and the mask became mandatory in all public spaces.

Across the ocean, the situation remains critical. The United States has exceeded 200,000 deaths, and Donald Trump has called on China to be sanctioned for the COVID-19 pandemic.

At the same time, Russia has announced that it will register the second potential vaccine against COVID-19 virus. The first preparation is already being tested on humans.