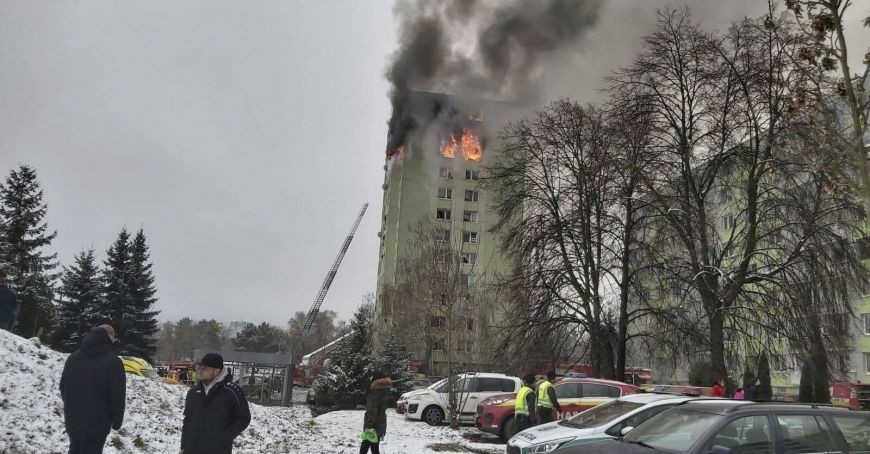 A gas explosion at an apartment block in the eastern Slovak town of Presov killed at least five people on Friday and injured 39, Reuters reports.

Fire ripped through the top five floors of the 12-storey building, causing the roof and a staircase to cave in.

Rescuers evacuated 34 people from the building and firefighters tried to put out the blaze as top three floors were at risk of collapsing. It was not immediately clear how many people had been inside.

“We have five confirmed casualties so far but the death toll is likely to rise judging from we know from eye witnesses,” Prime Minister Peter Pellegrini told reporters at the site of the accident.

None of the 39 injured have suffered life-threatening injuries, Health Minister Andrea Kalavska added.

Witnesses have reported smelling gas around and inside the building.