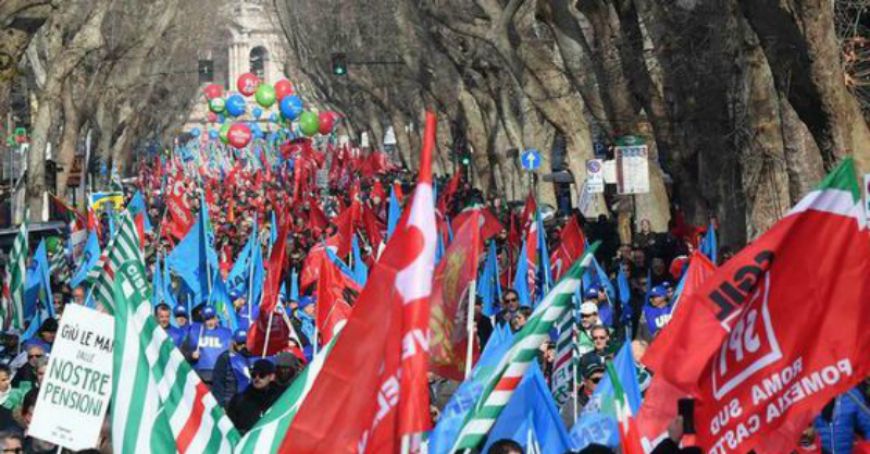 Hundreds of thousands of people protested in Rome

Hundreds of thousands have protested in Rome against the Italian populist government, while several unions have called on demonstrators to draw attention to the inequality and racism promoted by the ruling coalition, according to France 24, quoted by Mediafax.

"The government must get out of this virtual reality and enter the real world," said Annamaria Furlan, leader of the Italian Confederation of Workers' Unions.

"The country must be united, not divided," added Maurizio Landini, secretary general of the Italian General Labor Confederation.

The Italian government, led by the Five Stars Movement and the League, is known for its controversial policies and anti-immigrant stance.

In Turin, on the other hand, there were altercations between authorities and protesters.

Constantin Brancusi Square to be built in Chisinau

Hazelnut orchard to be planted by students in Mereni

PPDA will not back the Law on pension indexation