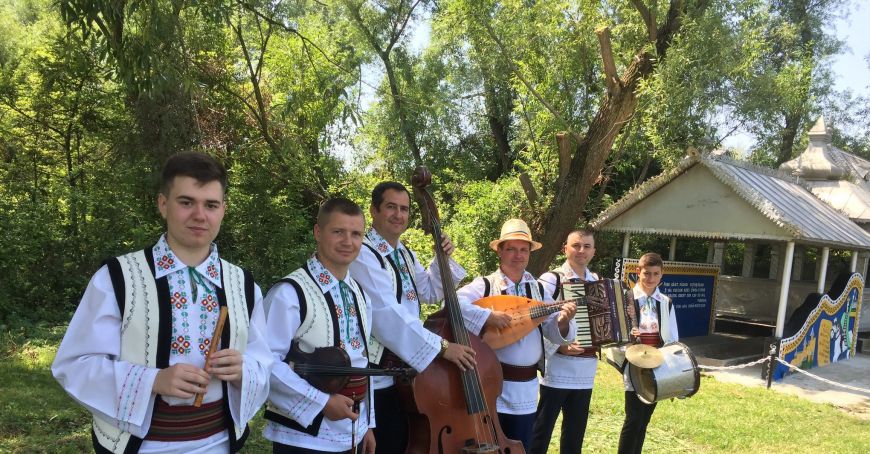 Folk art, traditions and crafts are closest to our genetic code, and this is why we are convinced by the inhabitants of Coteala village, Briceni district, who share the same respect for tradition, traditional clothes, history, culture, and nation.

Here a beautiful tradition has been preserved, an ancient one since the village! All the men in Coteala village, starting with the smallest boys and finishing with their grandparents, play Hangul!
Be with Moldova 1, Sunday, August 25, to see the whole story of the Hang from Coteala.

The rayon festival of the folk dance "Hangul din Coteala" where 12 ethnofolcloric bands came, the "Dragobetele" Folklore band from Chisinau, led by Lidia Baraliuc, folk craftsmen, performers of folk music and of course the people from the village who come every time with a great pleasure and now it's at the tenth edition.

Also, during the Festival, the inhabitants of Coteala village and its guests had the opportunity to hear for the first time the village anthem, composed by Oleg Baraliuc who comes from Coteala.

How it all happened and why other people in the village were surprised, see in the show "Tezaur", moderated by Irina Ropot.