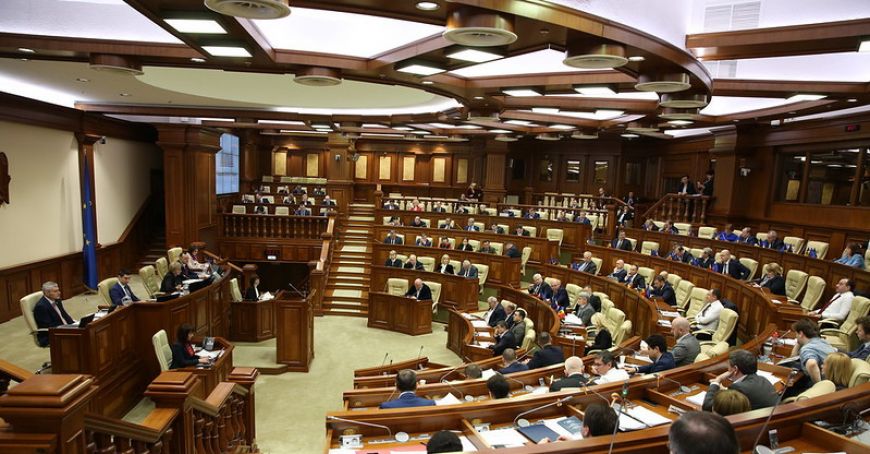 Acid debates in Parliament, after most MPs rejected the adoption of a statement, proposed by the ACUM Bloc on commemorating the victims of the 1992 war, in the context of the 28 years since the conflict broke out. While the Speaker of Parliament has described the statement as a political one, Democrats say those in the ACUM Bloc are doing a show, reports Moldova 1.

"Dear colleagues, who is for including this topic, political statement, please vote. It did not gather the necessary number of votes,” mentioned Zinaida Greceanîi, President of Parliament.

As the statement could not be presented in Parliament's plenary, the Bloc members read it in front of the journalists. The text of the document mentions that there was no progress in the withdrawal of Russian military ammunition from the left bank of the Dniester, demilitarization of the region and in the process of reintegration of the country.

"At 28 years after the attempt to secede through a military coup, supported by the military assistance of the Russian Federation, the Transnistrian conflict remains an uncured wound. We believe that the Republic of Moldova, as a democratic, prosperous, unitary state and without the presence of foreign troops, strongly anchored in its European and international obligations is the only guarantee of restoring peace and security in the region," said PPDA MP Chiril Moţpan.

"What we all want, those who are aware of the importance of this date of commemoration of the victims of the conflict in 1992 is that the Republic of Moldova has a coherent, unitary policy at state level for the definitive settlement of this conflict," said the PAS deputy, Igor Grosu.

On the other hand, the Democrats say that the country's problems are not solved by such statements.

"The statement proposed for adoption is written clumsy and sometimes without logic, without being clear what the purpose of this statement is. I proposed to those in the ACUM Bloc to edit it a little and the colleagues in the party even started to do it. Without waiting for the document to be finalized, because this does not matter to them, it only matters the show,” mentioned the PDM president, Pavel Filip.

At the same time, the PDM proposes to increase the allowances for the victims of Stalinist deportations and war veterans, who fought for the defense of the Fatherland in 1992, but also in Afghanistan.