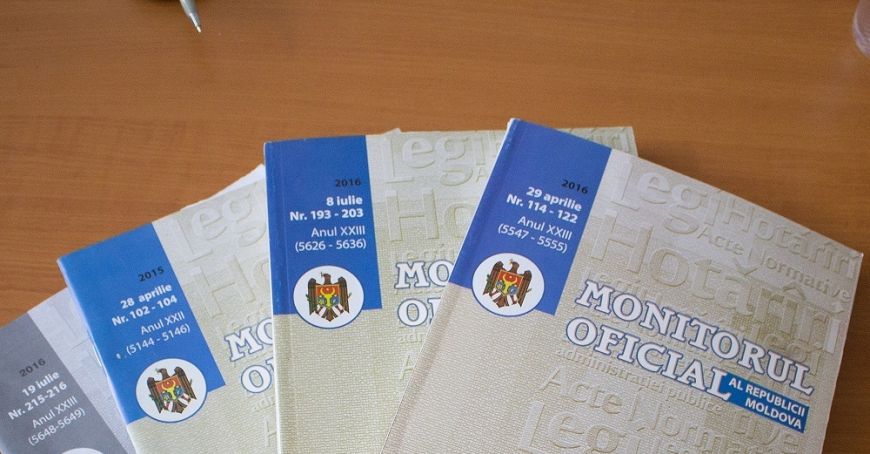 Two decisions of the Parliament, published in the Official Journal

The parliamentary decision on appointment of two judges of the Constitutional Court was published today in the Official Journal of Moldova. The two judges are Domnica Manole and Vladimir Turcan. The decision was approved by the parliament at the 16 August meeting and came into force.

Also, the government decisions on appointment of Nicolae Roşca and Liuba Sova as judge of the CC from the executive were published in the Official Journal. Two other magistrates were nominated by the Superior Council of Magistracy. They are Sergei Turcan and Eduard Ababii. The new judges took the oath in the parliament on 16 August. The Constitutional Court is made up of six judges, appointed for a term of six years. Two judges are appointed by the parliament, two by the government and two by the Superior Council of Magistracy. The new judges were appointed after the end of June this year, the magistrates resigned in corpore, Moldova 1 TV reports.

The promulgation decree and Law No 113 on amending some legislative acts, meant to cancel mixed electoral system and return to the proportional electoral system on party lists were also published today in the Official Journal of Moldova. Following the amendments to the legislation, it was decided that the integrity certificates will be excluded, being replaced by self-declarations on absence of legal / judicial restrictions to run or hold public functions, the absence of the final documents on regime of declaring wealth and personal interests, incompatibilities. The provision regarding electoral agitation was also excluded. Thus, on election day and on the day before elections, no electoral agitation is allowed.  Parliament also amended the minimum representation threshold, representing 5% for a party, 7% - for an electoral bloc, 2% - for an independent candidate. Also, the lists of candidates for the parliamentary and local elections will be made, respecting the minimum representation quota of 40% for both genders, at least four candidates at every ten seats. The government, within three months of its publication, will submit to Parliament proposals to bring the legislation in line with this law.

PDM invites PSRM, PAS and the DA Platform for discussions

COVID-19 in Moldova: 442 people are in serious condition

Kindergartens could reopen on September 1

Igor Dodon: I welcome the CCM decision, which was delayed but necessary

Suspended road traffic on Albişoara Street in the capital

Romania: Over a thousand people infected with Coronavirus daily