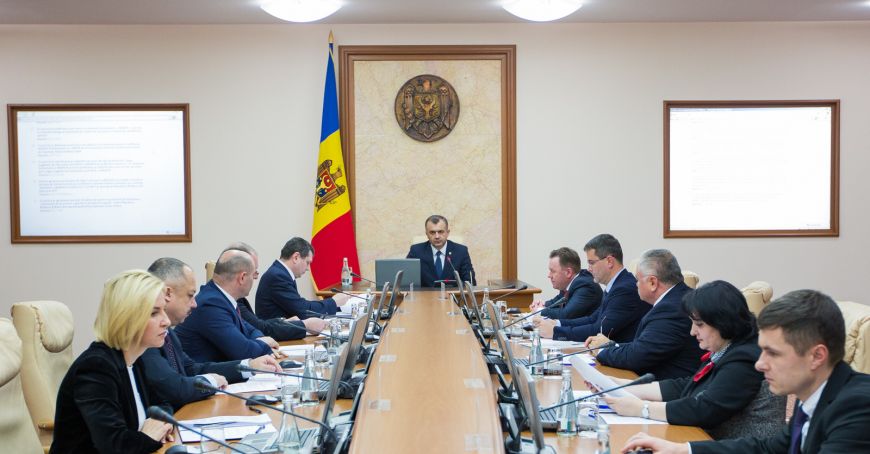 The Government will present the activity report for the previous year in mid-April. In today's Government meeting, the Prime Minister, Ion Chicu, came with a request to the State Chancellery to contact the Parliament and to establish the exact date of the report presentation.

"We will go to the Parliament to present exactly as the legislation stipulates the activity report of the Government. I request the Chancellery to contact Parliament and to set a date for presenting the report in the second part of April. Take care, to present the report with at least 10 days before to the deputies, so that they have time to prepare questions. It is the activity report for the previous year,” stressed the prime minister.

According to Article 127 of the Parliament's Rules of Procedure, the Government is obliged to present in the Parliament's plenary the annual report of its activity and to distribute it to the deputies at least 10 days before the day on which it will be heard. The report is presented by the Prime Minister, and each Member can ask at most two questions.

During today's sitting of the Government, Ion Chicu also mentioned that the presentation of the 100-day report failed because the deputies failed to prepare the questions.

"I was in Parliament to present information about the activities carried out since November 14 and about the problems that exist in the country, about the areas in which it is necessary to focus the attention not only of the Executive but also of other state powers. Unfortunately, our benevolent intention to go to Parliament and present this information has largely failed, because some members were not interested in listening to the information presented. I understood the reason later. They said they had no questions prepared," concluded Ion Chicu.

On Friday, February 21, Ion Chicu, with the government team, went to Parliament to present the activity report at 100 days, but the ACUM Bloc has blocked the Parliament rostrum.