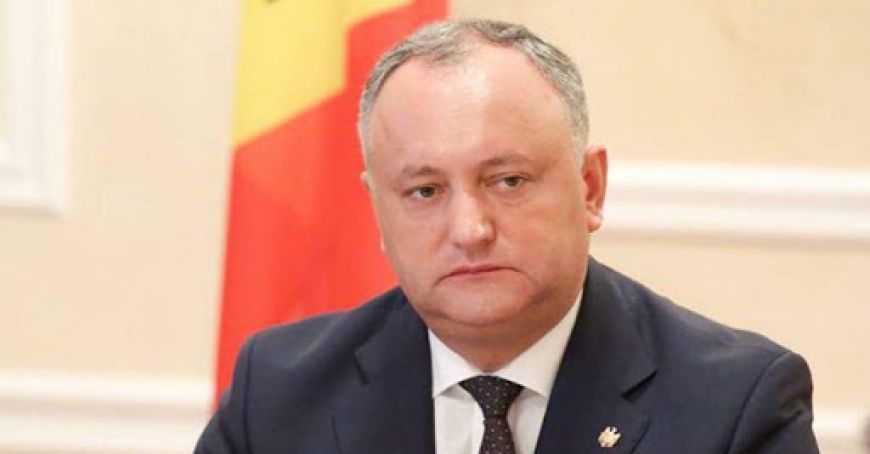 A decision on the dismissal of the Government can only be taken in a broad political format. The head of state, Igor Dodon, says he is ready to hold talks with representatives of the Action and Solidarity Party (PAS) and the Dignity and Truth Platform (DA), along with the Party of Socialists of Moldova (PSRM) and the Democratic Party of Moldova (PDM). Meanwhile, the DA Platform declares that next week it will still submit the motion of censure against the Chicu Government, and the PAS leader, Maia Sandu, says that for the dismissal of the Executive, votes must be sought at PDM, but the latter say they will not accept such a scenario, Moldova 1 reports.

"A formula to change the current government is the following: broad coalition PSRM, PDM, Maia Sandu and Andrei Năstase. In a form like this, yes it is possible. This is not a coalition, this is a wide-ranging discussion. Dialogue with opposition parties is possible, I have always been open. I told them: "You have something to say, come in", but I have nothing to discuss with the oligarchic parties," said the head of state Igor Dodon.

Meanwhile, the Dignity and Truth Platform insists on the dismissal of the Chicu Government and says that the party is ready to assume the government.

"This motion will be registered. We will discuss with colleagues to determine when we will table this motion. But this government must leave because it is a catastrophic government, it has failed. The second option would be for this government to resign, because I have repeatedly heard what Mr. Chicu was saying. I don't think Chicu wants to stay there. If it has lost its majority in parliament, any government in this world leaves", declared the deputy of the DA Platform, Vasile Năstase.

During a show on a private television station, PAS leader Maia Sandu said that for the dismissal of the Chicu Government, but also for the appointment of another Executive, there are not enough votes, and in this regard discussions should be held with those from PDM. On the other hand, the democrat Nicolae Ciubuc declared on the show "Moldova Live" from Moldova 1 that the party he represents will not support the motion of censure proposed by those from PPDA.

"We do not see it possible to vote or support such a motion. We still regret that those in the real opposition, who really fought, have values that are behind them, pro-European values, they are guided by games that do not belong to them. The strings are pulled elsewhere and this is unfortunate," said Nicolae Ciubuc.

The vice-president of the DA Platform, Alexandru Slusari, declared that his party will prepare a motion of censure against the Chicu Government, which he will submit next week.

In order for the motion of censure to be registered in the Parliament, the signatures of 26 elected members of the people are necessary, and for the Government to be dismissed, the document must be voted by the parliamentary majority. Currently, the ruling PSRM and PDM parties have 50 seats, and some legislative projects are also supported by the independent deputy, Alexandru Oleinic.