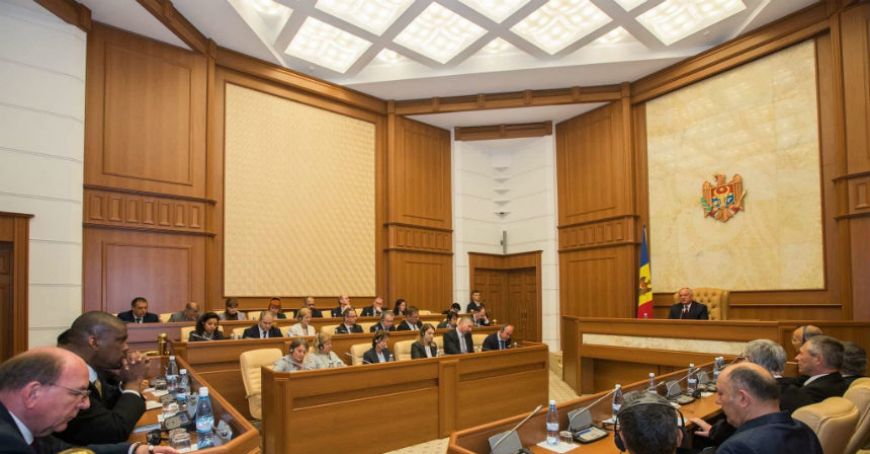 Under what conditions the President could dissolve the Parliament

Igor Dodon will sign the decree on the dissolution of the Parliament and will appoint the date of the early parliamentary elections, if until mid-June the governing bodies of the Legislature will not be established. The statement was made today by Igor Dodon at the meeting with the accredited ambassadors in Moldova, according to a president's Facebook post.

"I mentioned that if the governing bodies of the legislature are not set up by mid-June, I will have to sign the decree of dissolving the Parliament and appointing the date of organizing the early parliamentary elections. We underlined that this scenario is not good for Moldova, given the risks of stopping investment projects in infrastructure, the emergence of risks in the budget system, postponing the creation of the Government and the conduct of local elections," the president notes on his Facebook page.

Recently, President Igor Dodon has asked the Constitutional Court’s opinion on whether the country's president may have the right to nominate the Prime Minister's candidacy under current political circumstances. Today, the High Court issued a decision stating that the head of state can not submit a candidate for the post of prime minister without a functioning Parliament.

HoReCa economic agents went out to protest the second day

The lawsuit regarding the declaration of insolvency of Avia Invest, rejected

COVID-19 in Moldova: 188 new cases of infection with the new Coronavirus

The head of state supports the idea of concomitant elections

More than 5.6 million people infected with the new Coronavirus worldwide

Students from Bucharest return to classes