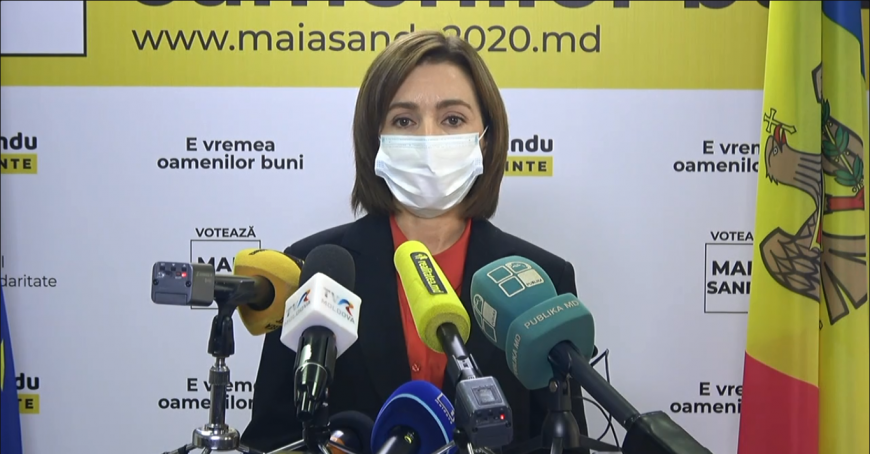 Maia Sandu: I will approve a new composition of the Supreme Security Council

After the inauguration of the President of the Republic of Moldova, President-elect Maia Sandu will approve a new composition of the Supreme Security Council. The first topics discussed will be related to the theft of the billion, the concession of the Airport, the laundromat and the illegal financing of political parties. This was announced today in a briefing by Maia Sandu.

"The most resounding files will be the first topics discussed within the Security Council. Theft of the billion, the laundromat, the concession of the airport, the illegal financing of political parties, electoral campaigns, for example the Bahamas case ", said Maia Sandu.

At the same time, the newly elected president declares that she will create at the level of the presidential institution a mechanism for checking all the proposals from the Superior Council of Magistracy on  the appointment or promotion of judges.

"No person with integrity issues who has issued dubious, illegal decisions can be appointed or promoted. The same mechanism will apply to other appointments for which the President is responsible. I will insist on the external evaluation of judges and prosecutors and in this sense I will come up with a draft law in the Parliament ", said Maia Sandu.

In terms of political corruption, Maia Sandu pointed that those who are responsible for the illegal financing of parties and electoral campaigns will be sanctioned. She will come up with legislative proposals to amend the normative framework for toughening the punishments for these violations.