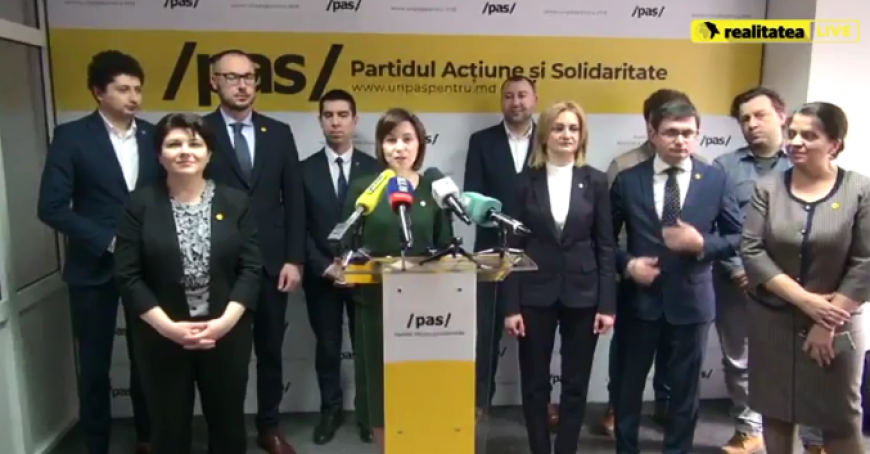 PAS comes with harsh criticism towards the Government

The PAS president pointed out the increase in prices for trips in the interurban transport, the increase of fuels, the small indexation of pensions, saying that the current Government does not want to carry out the justice reform.

"Neither the society nor the development partners understand what this Government wants to do with the justice reform. Because this Government does not want to do justice reform. On the foreign policy level, the Republic of Moldova goes through an isolation phase and promotes a totally unbalanced foreign policy. Moldova is as isolated today as it was in the last year of Plahotniuc's Government. Relations with the European Union, Romania, Ukraine are practically frozen,” mentioned Maia Sandu.

Maia Sandu also said that if the president Igor Dodon does not agree with the PAS evaluation of the Ion Chicu Government, she invites him to a public debate on the public television station Moldova 1.

"Those who criticize the information about 100 days of activity of the Government did not have the courage to listen to it and try to enter into controversy with a man who was ready to answer questions and I think that in this case, the cowards are on the other side," said Vitalie Dragancea.

The Academy of Music, Theater and Fine Arts marks the 80th anniversary of its founding