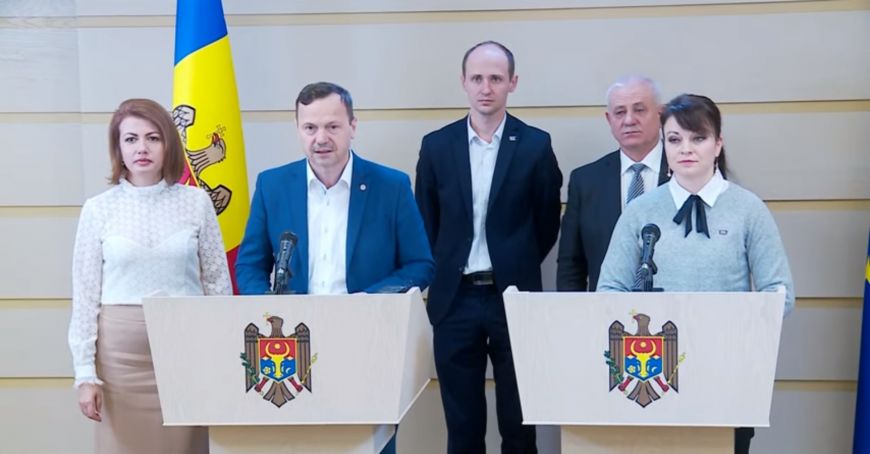 They announced the red crime warning. The deputies of the Political Party Dignity and Truth Platform (PPPDA) say that the criminal situation in our country has deteriorated since 2010 and so far. PPPDA asks the Interior Minister Pavel Voicu to present a report on the criminal situation, but also a strategy that would help reduce the number of crimes. At the same time, the authorities, in their turn, describe the issue as a priority one. Thus, the topic will be on the agenda of the Security Council convened by the President of the country, and by February 15, the Government will develop a concept for strengthening the sector police institution, reports TRM.MD

"2020, began with many dubious crimes that took place in the territory of Moldova. If we follow the headlines in the press, we simply have the impression that we do not live in the Republic of Moldova, but somewhere in the wild west of the 18th or 19th century. Every year, 500 people died in road accidents. After 2010, things have changed a bit, now we have 290 people dying every year,” said PPDA deputy Vasile Nastase.

The criminogenic situation will be discussed next week at the Supreme Security Council.

"I personally will control those who have broken the law, who have killed people to be imprisoned. In this regard, I had a very serious discussion this week with the Minister of the Interior. It would be logical for some from there to be dismissed. That's kind of prophylactic for the police officers who don't do their job. I spoke with the Minister of the Interior, the situation is under control. Next week, on January 21st, we have the Supreme Security Council and I insisted that this issue be included in the agenda," said the President of the Republic of Moldova, Igor Dodon.

At the Government meeting on Wednesday, Prime Minister Ion Chicu asked the Minister of the Interior to elaborate, by 15 February, some proposals for the consolidation of the sector police institution.

TRM.MD recalls that a week ago, the minister Pavel Voicu presented the statistics of the crimes reported in the first nine days of the new year. The data show that the number of crimes is generally declining, but instead there is an increase in serious crimes.

The Hincesti-Leova-Cahul-Giurgiulesti road will be rehabilitated

Investigation officer, detained in flagrant with bribe of 4 thousand euros

Schools will receive specialized equipment for children with disabilities

Investigation of bank fraud, criticized by a European official

Igor Dodon: Assets of the judges charged in the cases lost at the ECHR must be confiscated