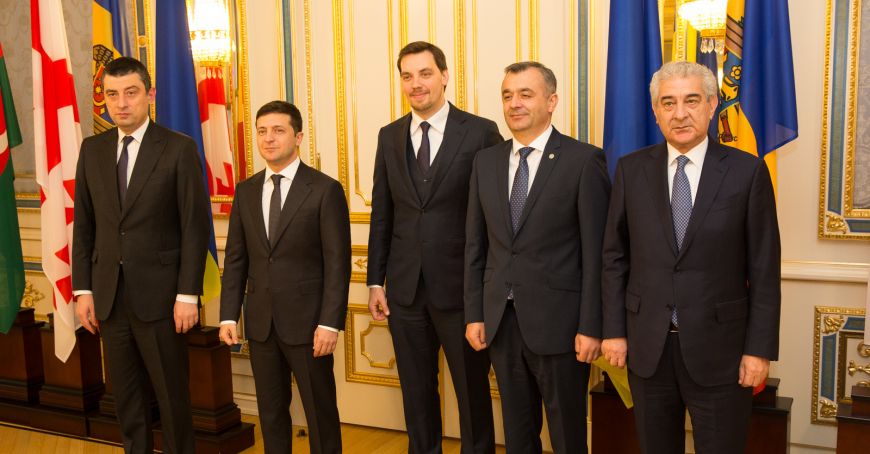 The GUAM platform needs several concrete actions to generate concrete results. The statement was made by the PM of Moldova, Ion Chicu in the meeting with the heads of the Georgian and Azerbaijani executives and the president of Ukraine, Volodymyr Zelenskiy.

President Zelenskiy said that it is an honor for Ukraine to host the plenary session of the heads of governments of the GUAM member states.

“The countries within GUAM are closely linked geographically, economically, historically and culturally. Also, we are united by the problems of territorial integrity ", said Volodymyr Zelenskiy.

In the context, the Ukrainian president discussed with the heads of the executives about the possible developments of the GUAM organization in the next stage.

The parties agreed that GUAM member states should focus on cooperation on economic dimensions, which have the potential to increase people's well-being and increase their standard of living by improving national infrastructures. In particular, member states can become the only logistics corridor for the energy and transport sectors.

The Organization for Democracy and Economic Development GUAM was founded during the first Summit of GUAM Heads of State in Kyiv on May 23, 2006, by the Presidents of Georgia, Ukraine, Azerbaijan, and Moldova.