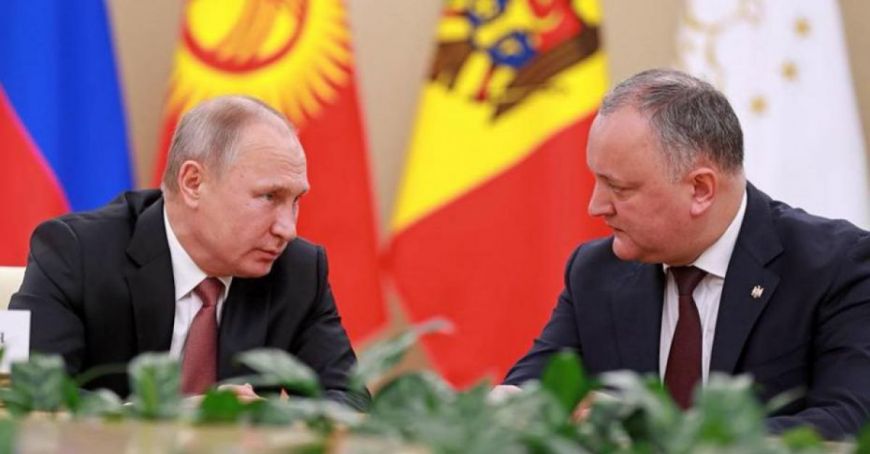 President Igor Dodon, is invited to the Moscow parade

The President of the Russian Federation, Vladimir Putin, invited his counterpart from the Republic of Moldova, Igor Dodon, to attend the military parade on May 9, 2020, dedicated to Victoria Day, to be held in Moscow, Radio Moldova News reports.

The official invitation was sent to Igor Dodon through the Russian ambassador in Chisinau, Oleg Vasnetsov.

"We discussed with Mr. Vasnetsov the vast program of actions dedicated to marking the 75th anniversary of the liberation of Moldova from fascism and, in particular, the commemorative events at the Memorial Complex " Serpeni Bridge Head ", organized on August 24th" , wrote Igor Dodon on his Facebook page.

He also stated that at the events of August 24 "are expected the participation of the Minister of Defense of the Russian Federation, Sergei Shoigu and the vice-president of the Council of the Federation, Galina Karelova, who will visit our country at the invitation of the President of the Republic of Moldova."

Russian officials will attend commemorative events at the Memorial Complex  "Serpeni Bridge Head", as well as those in Chisinau, on the occasion of "marking the 75th anniversary of the liberation of Fascism from Moldova," said Igor Dodon.