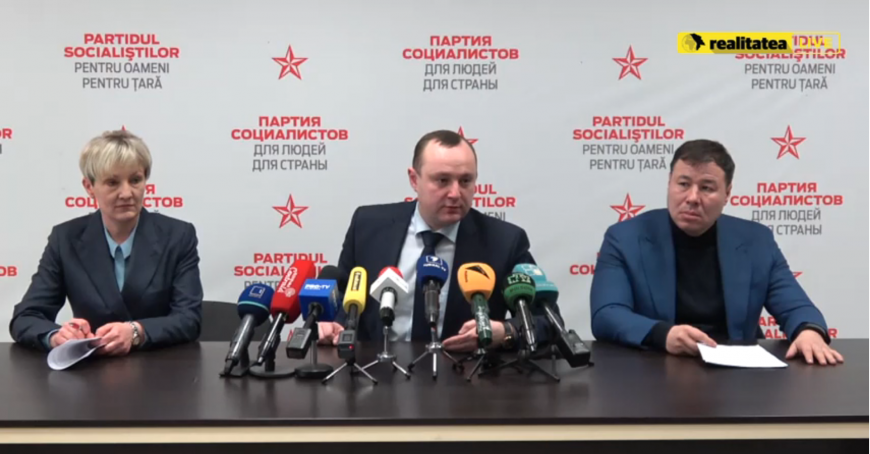 The draft Declaration on the balanced foreign policy of the Republic of Moldova in the interest of the citizens was presented today by the MPs from the PSRM faction of the Parliament.

According to the project, ”the Parliament of the Republic of Moldova, as the supreme representative body of the people and the only legislative authority of the state, according to art. 60 of the Constitution of the Republic of Moldova, in the interest of the citizens of the country, will decide the need for our state to promote a balanced foreign policy,” reads the project text.

"It is time for all parties to assume the political mistakes of the past that led to the division of the country on false geopolitical criteria. It is time for all politicians, whether they are leftist or rightist, to unite their efforts to put the Republic of Moldova on a balanced external platform, one through which Moldovan citizens feel protected and supported, whether they are in the country or abroad," said Adela Răileanu.

Also during the briefing, socialist deputy Vlad Batrâncea came with a reaction, in response to the statement of PAS deputy, Igor Grosu, according to whom, in the summer of 2019, the PSRM would have wanted the ACUM Bloc to accept the concept of federalization of the country.

"I am very sorry that colleagues bring toxic information into the public space that do not correspond to the truth. It is not nice dear colleagues in the ACUM bloc.  We understand the political struggle. We understand that someone wants to be more pleasant to the public. I have never insisted on discussions about language, history and even more about federalization,” said Vlad Batrâncea.

He mentioned that the PSRM is open to debate on any topic.

TRM.MD recalls that these days the PDM, PAS and PPDA deputies are negotiating a declaration on the European course of the Republic of Moldova, which would also be put to the vote in Parliament.

Volunteers support each other and urge people to stay home

A group of UTM specialists offers free psychological counseling for the institution's employees, as well as students during the pandemic

Three minutes of silence in China for coronavirus victims

Ion Chicu: The medical system in the Republic of Moldova is funded by insurance premiums