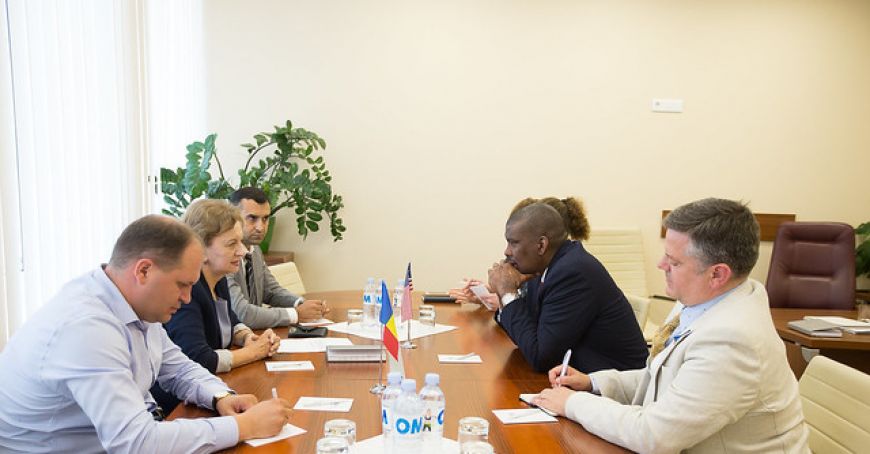 Political situation in the country, subject of discussion with US Ambassador Dereck J. Hogan

Possible scenarios for the development of the country's political situation have been the subject of talks between US Ambassador Dereck J. Hogan and President Igor Dodon. The head of US diplomacy also met today with the leaders of the parliamentary factions: Zinaida Greceanii, Maia Sandu and Andrei Năstase. Leaders of the three factions discussed with the US ambassador about the crisis in the country and the peaceful unblocking of the political situation.

"Mr Hogan's messages were encouraging, because he was with a delegation, not just him. He was accompanied by some of his colleagues. He told us that the rule of law, democracy, liberties, human rights are a priority for them," said Andrei Năstase, deputy PPDA.

"I was at that meeting, the current political situation was discussed, we sent messages that all things should be done peacefully, and if it is about that dialogue, let the Democratic Party come here in Parliament for talks. That's it. Governance is changing, governance is changing in every country," said PSRM MP Ion Ceban.

Romania: The highest number of infections and deaths reported in the last 24 hours

Craftspeople to exhibit their work at an open-air fair

New rules of crossing the border with the Ukraine

Over 5,000 people entered Moldova in the last 24 hours