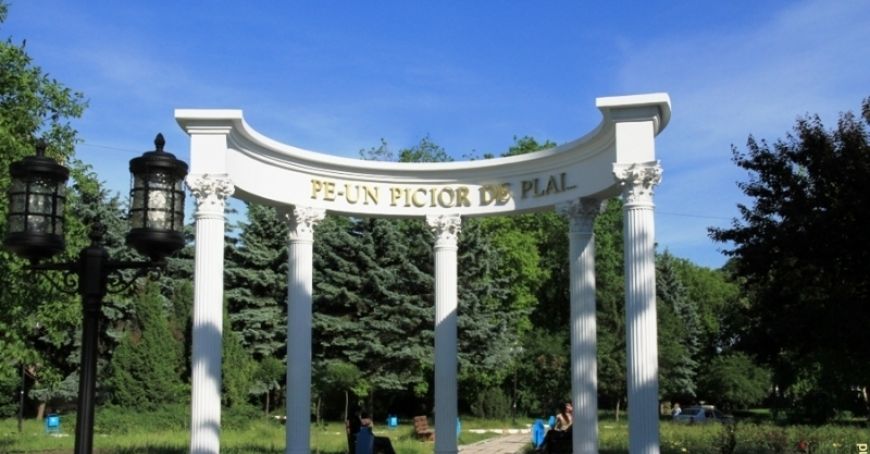 A foray full of surprises and discoveries in the cultural and historical heritage of the northern capital of the Republic of Moldova is the book "Retro Balti" - part of the "Retro" collection, initiated in 2011 by the Agency for Inspection and Restoration of Monuments (AIRM) and launched in the context of the European Heritage Days, Moldova 1 reports.

Before the launch, people had the chance to see an outdoor exhibition in the AIRM courtyard: images of traditional architecture from the countryside, but also from the urban heritage.

The new editorial "Retro Bălţi" brings together images of heritage buildings, churches and cathedrals of rare beauty, the headquarters of the "La Scala" Theater, where in 1939 the poet Ion Minulescu recited a poem dedicated to the city of Bălţi, but also other images that amaze by news. This is because they were taken from the postcards of another time by the well-known collectors and scientific researchers: father and son - Constantin and Aureliu Ciobanu.

"With the help of postcards published in different historical periods, we reproduced these architectural pearls and attracted the reader's attention to capitalize on them, studying them from postcards," says the scientific researcher, author of the publishing house, Aureliu Ciobanu.

"Since 2011, AIRM has wanted to publish an instrument such as the book. And we started it from here, from Chisinau, with "Retro Chisinau", we continued with "Retro Soroca", "Retro Orhei" and in 2020, we decided to publish about Balti municipality," says the director of AIRM, Ion Ştefăniţă.

„The set of old postcards with the image of Bălţi city. I was surprised by the beauty of this city, which is incomparable to the city of Balti from the Soviet period. It shows that people with a high culture lived in Balti," says the scientific researcher, the author of the edition, Constantin Ciobanu.

The next destination to which the attention of the initiators of the "Retro" collection is directed is the city of Cahul.