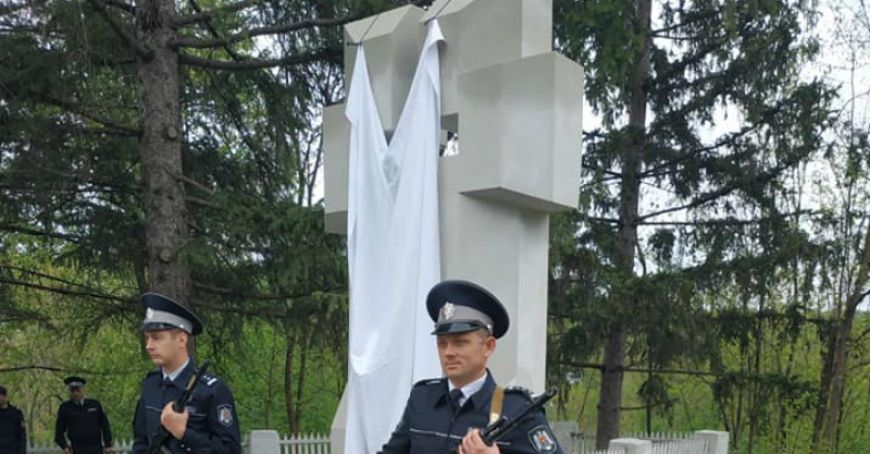 Monument to a hero of the Nistru war, unveiled in the Soroca district

In Soroca district, a monument was recently inaugurated in memory of a hero of the Nistru war. This is about Mihail Starşii, who fell on the battlefield in 1992. Those who contributed to the monument's edification say that the heroes who gave their lives for the Independence and Integrity of the Republic of Moldova should not be forgotten, reports Moldova 1.

The inaugural event took place in the presence of the local authorities, the heroes' relatives. Last time, they saw Mihai Starsii on Great Sunday of 1992, then he returned to war where he disappeared without news. He was re-buried only seven years later in the native village.

"We really wanted to be this monument in the center of the village, so that all who will pass by here to remember his deed. in our souls and in our hearts, he lives and we look for him to come home," says Sergei Starşii, brother of the hero fallen on the battlefield.

"He died as a hero for the integrity of the country to defend the people," said Iorjnita Mayor Mihail Gâtlan.

The monument was built with the support of the Soroca District Council and the National Union of War Veterans for Independence.

At the event, the National Army's troops made demonstrations of force.

The memorial complex is built of stone from Cosauti. At the project, the craftsmen worked for almost two years.