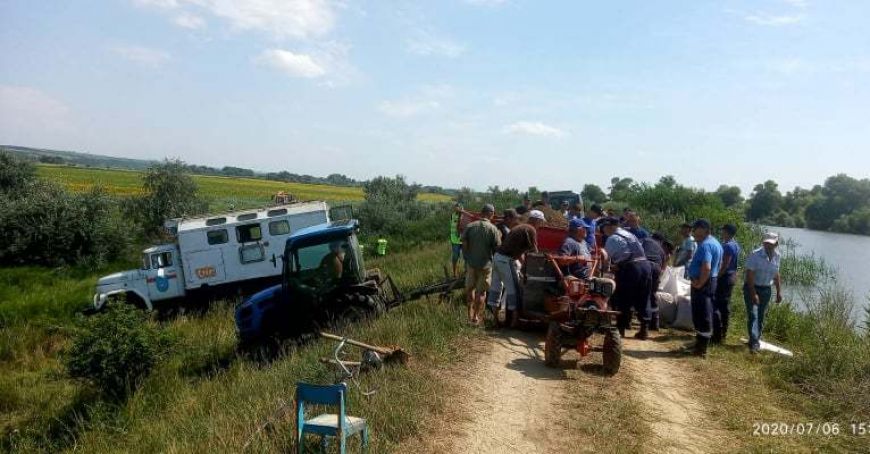 Rescuers continue to strengthen the protective dams in Cantemir, Ungheni and Nisporeni. In the locality of Ghioltosu, the protection dam was raised by about 40 cm in the low places, on a distance of 40 meters. Eight technical units were used for the works, Moldova 1 reports.

Similar actions were taken in Ungheni. Here the dam was fortified over a distance of over 250 m.

In Măcăreşti, rescuers and local authorities pumped water from the flooded pastures to prevent the risk of flooding agricultural crops, consolidating a dam with a length of over 500 meters.

Work to fortify the dam continued in the village of Grozeşti, Nisporeni, where 140 sandbags were used.

Actions to consolidate the dams will continue today.