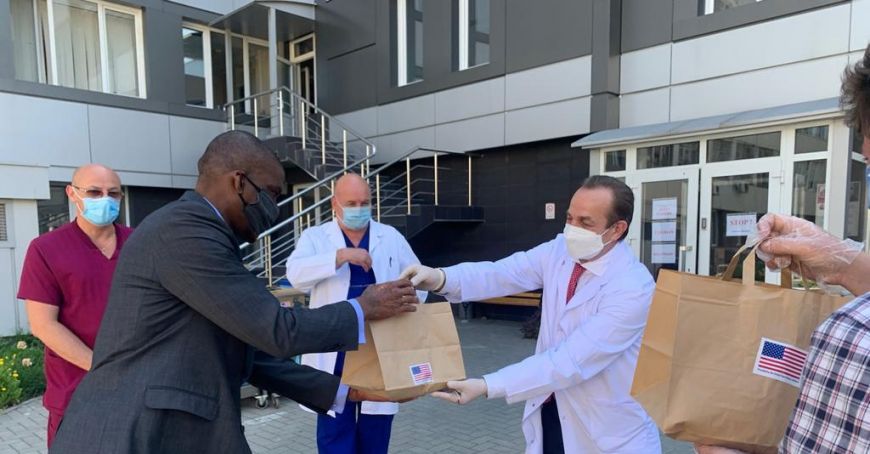 80 packages of food were offered by US Ambassador Dereck Hogan to healthcare workers at several hospitals in Chisinau on US Independence Day, Moldova 1 reports.

In a Facebook post of the Embassy reads that „ since 1776 when the Declaration of Independence was formally adopted on July 4, July 4th has been celebrated as the birthday of American independence, with festivities ranging from fireworks, parades and concerts to more casual family gatherings and barbecues and  since public health conditions do not allow Moldovans to be invited to a holiday meal, it was decided to offer food packages to the healthcare workers at the Chisinau Municipal Emergency Hospital, the Republican Clinical Hospital and the Hospital of Infectious Diseases for Children ”.

The Declaration of Independence of the United States of America was signed on July 4, 1776.