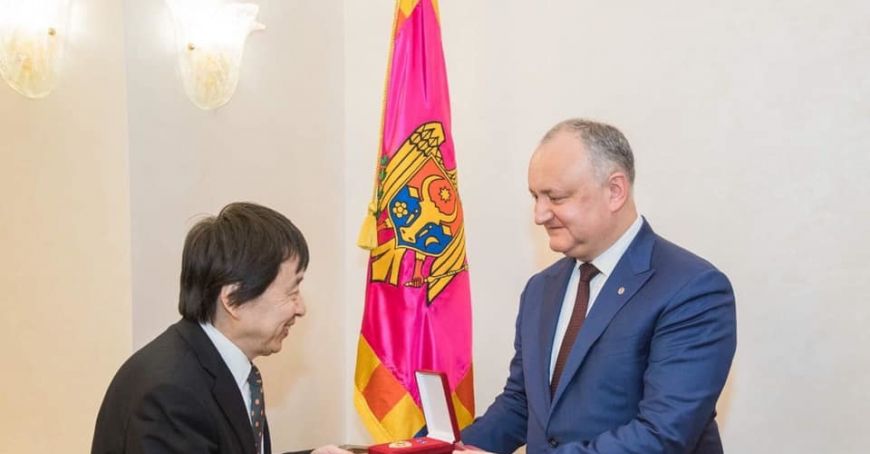 "Japan has become the third largest assistance partner, after the EU and the US. With the contribution of Mr. Masanobu Yoshii, over 20 important projects were implemented in areas such as: agriculture, education, health, business environment and so on. Assistance was provided in the endowment of the National Library, the modernization of the infrastructure of the fire stations, the modernization of the hospitals in the rural localities, the creation of jobs etc,” the president wrote in a Facebook post.

At the same time, during the meeting, Igor Dodon expressed interest in attracting Japanese investments in the Moldovan economy.

Masanobu Yoshii is the first ambassador to Japan in the Republic of Moldova. He has been in office since August 2016 and speaks fluent Romanian.