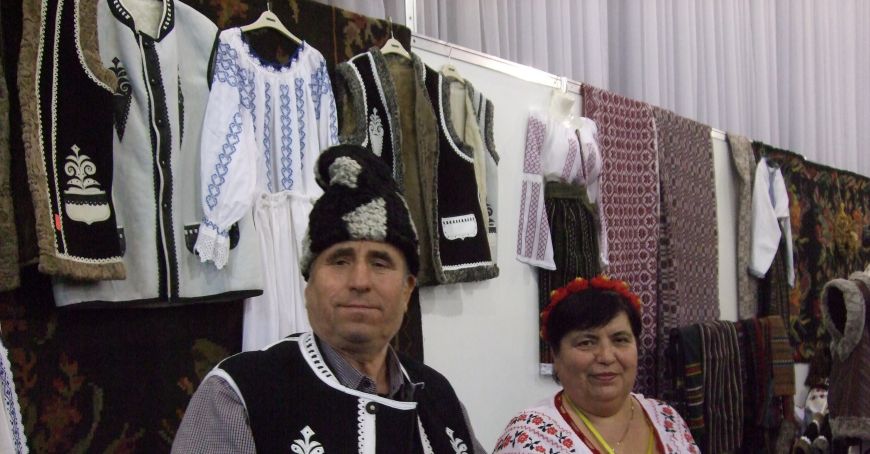 They skillfully process sheepskins, making traditional skins, hats and donuts. We are talking about the folk craftsmen Elena and Constantin Cojan, from Colibaşi village, Cahul district, who are proud of works that have been sold around the world, reports Moldova 1.

Constantin Cojan says that, in his family, the love for this profession is transmitted through inheritance, from father to son.

"Ever since I woke up alive, when I opened my eyes, I saw only skins, hats around me, so my father was a great craftsman. I also have an older sister, so everyone was involved in this," says Constantin Cojan, a craftsman.

"We got married together, but I was actually around the corner, that is, almost in the slum, I finished my studies, I came to work as a physics-mathematics teacher, but they all worked as furriers and besides them I helped them, more I was giving some advice," said Elena Cojan, popular craftsman.

The clothing items created by the Cojans have been exhibited at various international festivals.

"In Kiev, Odessa, Istanbul, Bucharest, even at a meeting of the countries in the Black Sea basin, my works were invited. I don't know if it's not meridian or parallel so that our works aren't there," the craftsmen said.

Folk craftsmen Elena and Constantin Cojan say that many customers buy hats for everyday wear, and what motivates them to develop their business is the fact that more and more young people are returning to traditional values.