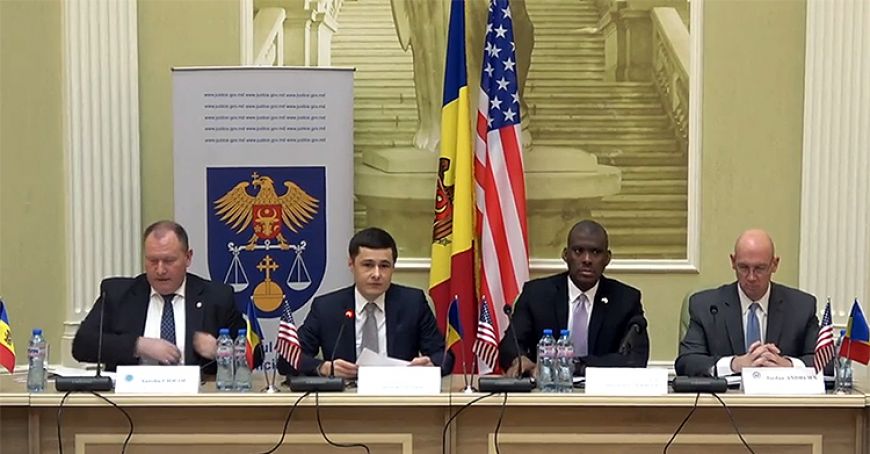 Reforms implementation in the justice sector, fighting corruption, promotion a free civil society, improving government transparency and defending human rights in our country - are just a few topics discussed in the II Meeting of the Joint Working Group on Strengthening the Rule of Law within Strategic Dialogue Moldova - US. Officials have analyzed ways to deepen bilateral cooperation, but also the steps that will be taken by the authorities to implement the justice reform, reports Moldova 1 TV.

"During the last 15 years the US Government has consistently provided technical assistance to the Republic of Moldova in the field of capacity building of the justice sector and good governance. In this context, I would like to mention the technical assistance for the judicial system in Moldova, which was managed and implemented by the US Agency, ”said Justice Minister Fadei Nagacevschi.

"This Government will do its best to ensure that the justice reform is successful, because we need real independence in this system, to ensure the real development of the country," said Aureliu Ciocoi, Minister of  Foreign Affairs and European Integration.

External partners said that they would support Moldova in justice reform implementation.

"We are committed to supporting Moldova's efforts in building strong democratic institutions, a free press, energetic civil societies and an independent justice system that can protect citizens and ultimately put an end to corruption. The US appreciates Moldova's commitment to implement reforms in the justice sector ”, said US Ambassador to Moldova Dereck J.Jogan.

“We offer support to strengthen the security and independence of the Republic of Moldova. We want to help the Moldovan justice system to gain the trust of the population ”, said Jornag K. Andrews, Deputy Assistant Secretary of State of the US.

A week ago, the Government invited the parliamentary and extra-parliamentary political parties, representatives of civil society and experts in justice field, all persons interested to participate actively in the finalization of the justice reform project. The package of documents aimed at the justice reform contains three elements: the Strategy for ensuring the independence and integrity of the justice sector, the Action Plan for its implementation and the Draft Law on the evaluation of the integrity of judges.

Courts will work on October 31 and November 1

Fighting in Nagorno-Karabakh on emergency agenda of US Security Council

PGI launches a campaign on the World Heart Day

Violeta Ivanov, registered in the race for the presidential election