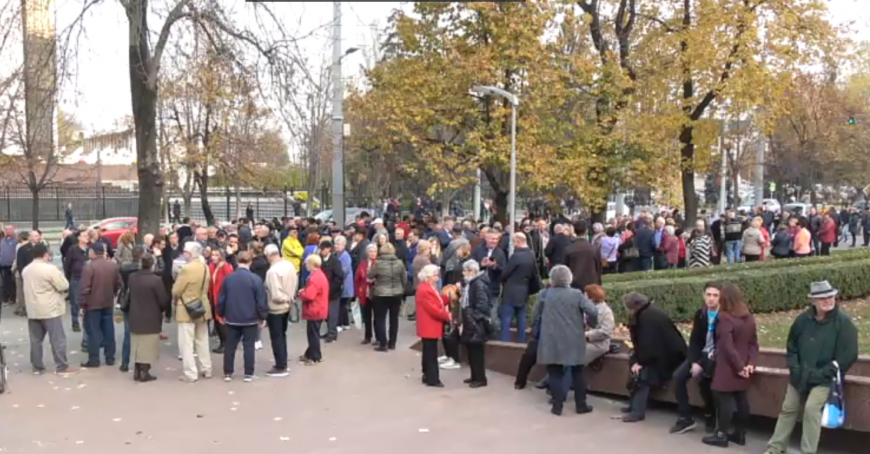 An action in support of Sandu Government is taking place before the Parliament Building.

Update 17:00 The action in support of the Sandu  Government has ended.

Update 15:47 PM Maia Sandu has come out in front of the protesters at the plenary session of the Parliament. "Thank you very much for being here. We must remain united, because as we said our fight is right and we are backed by the citizens of the Republic of Moldova, because in every village, where we have been,  in every town everyone wants a fair justice, the thieves must be imprisoned. "

Update 14:41 Alexandru Slusari talks with the protesters. "We cannot play with justice. Or justice, or nothing”, said Alexandr Slusari.

Parliament convenes a meeting today starting with 15:00. So far, the only item on the agenda is the speech of PM Maia Sandu. The PM assumes responsibility for the draft law which enables to submit a list of candidates to the Superior Council of Prosecutors, for the position of  general prosecutor.

The COVID-19 Chisinau Center was created

The Exceptional Situations Commission has authorized two other charter flights

Deforestation of forests, prohibited by order of the Minister of Agriculture

All pensions are indexed from April 1st