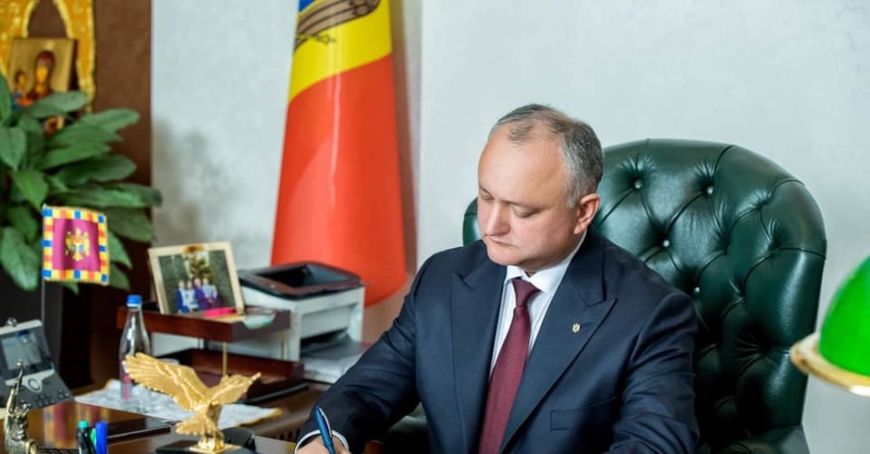 Laws on pensions indexation twice a year and of granting lump sums of 700 lei, promulgated

The head of the state Igor Dodon promulgated the law regulating the indexation of pensions twice a year and the law establishing the lump sum of 700 lei. The head of state announced about it on his Facebook page.

"It is about the law that regulates the indexation of pensions twice a year, the first is carried on April 1 for all the beneficiaries of pensions under current formula. The second indexation will be carried out on October 1 for the beneficiaries whose pensions do not exceed the minimum of existence. We have been promoting this bill since 2015, when I was MP", said Igor Dodon.

Also, he promulgated the law which provides for the granting of the single allowance in the amount of 700 lei granted to the pensioners who have the pension less than 2 thousand lei.

" Over 590,000 people benefit from this support, including beneficiaries of disability pensions, survivors' pensions," said the head of state.

The laws shall enter into force starting with January 1, 2020.