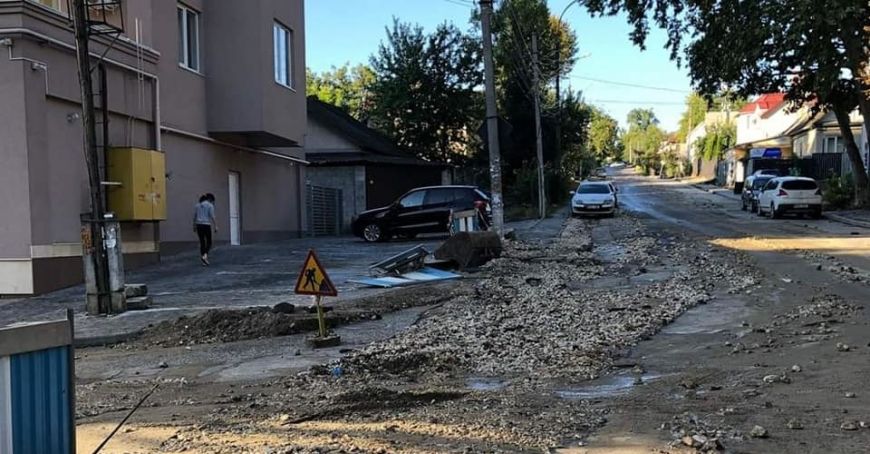 Asphalt collapsed by rain, broken branches and traffic signs blown down by strong winds. These are the consequences of tonight's rainfall, which affected several roads in the capital, Moldova 1 reports.

Two residents of Chisinau had the misfortune to find their cars with wheels in the ditch, after the rain washed the gravel cover. It happened right in the center of the capital, on Nicolae Iorga Street. In order to get the cars left with the wheels in the abyss, the intervention of rescuers was needed.

According to the mayor general, Ion Ceban, all municipal services intervene on the streets and carry out works to remove all the damage.

TRM.MD recalls that the State Hydrometeorological Service has issued a yellow wind warning for the entire territory of the country.