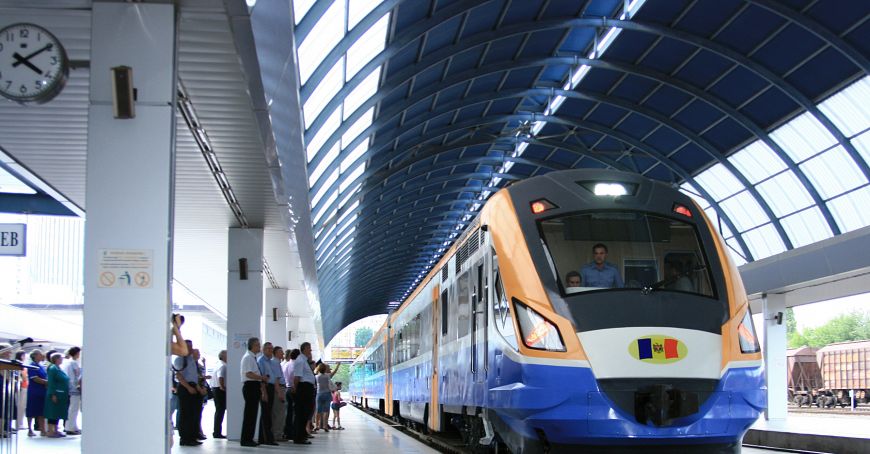 Corruption scheme at the SE "Railways of Moldova"

Fifteen persons are targeted in illicit collections of money for camouflaging the deviations from the transport of passengers and luggage. Thus, the head of the Directorate of passenger service and an instructor of the Wagon Accompanying Reserve within the SE "Calea Ferată din Moldova" (Railways of Moldova) were escorted to the National Anti Corruption Center (CNA), today, following searches carried out by anti-corruption officers and prosecutors. The action takes place in 34 criminal cases, initiated for acts of corruption, in which several employees of the company are suspected, reads a statement issued by the CNA.

According to the materials accumulated by the CNA, the decision makers of the "Railways of Moldova" have set up a scheme in which they collected money from the wagon attendants to camouflage the irregularities related to the illicit transport of passengers or luggage, but also to facilitate the promotions of some employees. Thus, cases were identified in which the train heads collected from the wagon attendants amounts ranging between $300 and $1,500 per train route in order not to include in the verification documents the deviations found.

Also, a corruption case was documented when promoting an employee of the Travel Service Directorate. Specifically, the head of the department would have asked his subordinate 30,000 euros to influence persons with the right of decision within the company to advance her as head of train on the Chisinau - Bucharest route.

In the same file, it was also found that, during the period October-November 2019, six wagon attendants would handed to a wagon attendant Reserve instructor a sum of money so that he, in turn, would determine the members of the Commission for evaluation of the documents to overlook the irregularities detected in the activity of the attendants.

Today, CNA officers and prosecutors conducted searches at the homes and work offices of 15 employees, who were to be escorted to the CNA headquarters for hearings, and the chief of staff was detained for 72 hours. All 15 are suspected of passive corruption and can face up to 10 years in prison if convicted.

The criminal prosecution is conducted by the Anti Corruption Prosecutor's Office.

Pharmacies in the country are checked

New buses might run on the streets of the capital

Collaboration agreement for the development of tourism in Chisinau