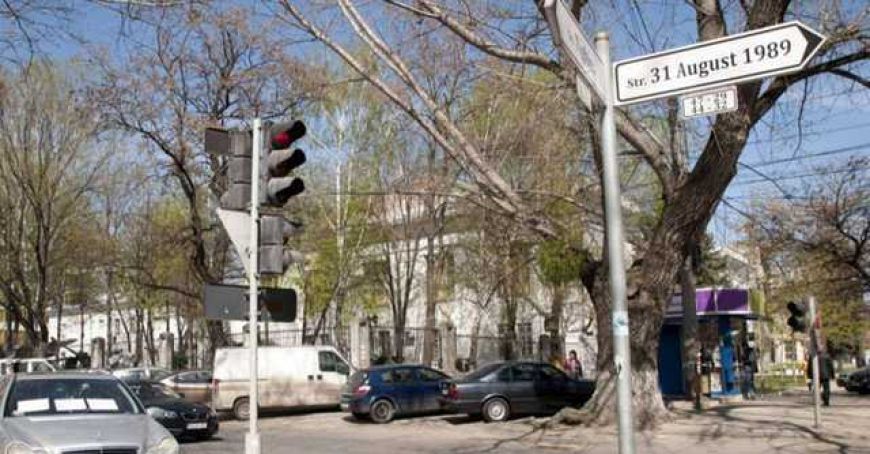 One of the most damaged arteries in Chisinau will be completely renovated. This is 31 August 1989 Street, which will also include a green corridor for cyclists and pedestrians. The event to present the concept of street renovation was organized as part of the "European Mobility Week" initiative, held between 16-22 September and promoting alternative forms of green transport. According to the municipal authorities, the road will be widened, new urban furniture will be installed, and the sidewalk will be paved, Moldova 1 reports.

People say that, at present, 31 August 1989 Street looks like after the war and urgently needs renovation. They hope that with the modernization works, the problem of illegally parked cars will be solved.

Cyclists also say that this way the city will become safer for them, because according to them, many drivers do not notice them in traffic and do not give them priority.

The concept stipulates that on 31 August 1989 street, two lanes be created on both sides of the sidewalks, and the roadway should become narrower, forming two traffic lanes. Parking will be allowed only in specially arranged places and will be charged.

"We believe that this street has a major potential for pedestrians and cyclists, that's why we reorganized this project. We decided to have a green corridor, to unite two parks, Valea Trandafirilor Park and Dendrarium Park and already in combination with Pushkin Street and Bănulescu-Bodoni Street to unite with Valea Morilor," said Victor Chironda, the deputy mayor of the capital.

"We want in Chisinau to appear as many spaces where people could most certainly practice both in terms of sports, but also to travel to work or leisure, bicycle scooter rollers, anything that would allow them to be in the open air, to lead a healthy way of life," mentioned the mayor Ion Ceban.

The renovation of 31 August Street will be carried out within the “Chisinau-Urban Roads” project, financed by the European Bank for Reconstruction and Development, the European Investment Bank and the EBRD's Special Green Energy Fund. The renovated artery is to be put into operation in the autumn of 2021.