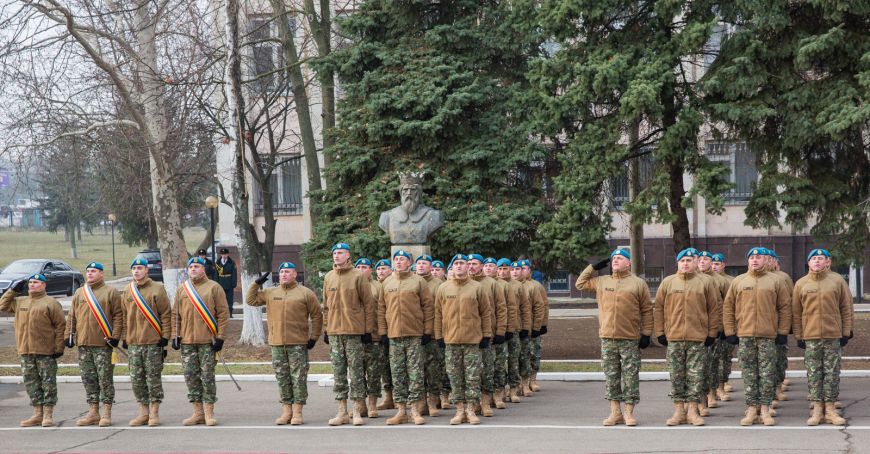 A new contingent of 40 troops will participate in the international peacekeeping mission in Kosovo. The official detachment ceremony took place today. For six months, at the Camp Vilaggio Italia multinational base in Pech, 33 military will carry out security and guard missions for military and patrol objectives, and another seven sappers will carry out field research missions, reports Moldova 1.

Attending the event, Prime Minister Ion Chicu wished the soldiers good luck and pointed that their mission is an example of peacebuilding on the European continent, and for Moldova it represents the chance to contribute to international security.

"These soldiers are our pride, we respect them and we admire their courage. We have a duty to create best training conditions and we will do our best to do so", said Prime Minister Ion Chicu.

The first contingent was detached in March 2014, and so far over 500 Moldovan military have participated in this mission. The decision to deploy the soldiers of the National Army in the KFOR mission was approved by the Parliament of the Republic of Moldova on November 1, 2013.