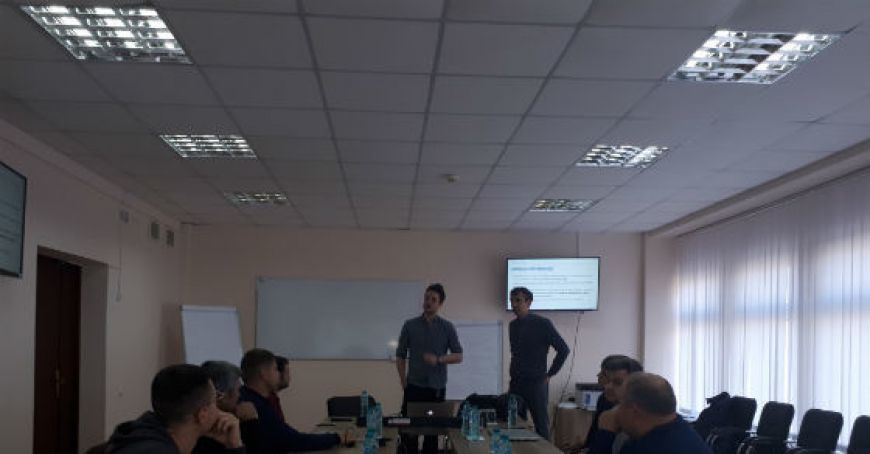 In-house training for employees of the public television station

During 5-10 November, in-house training courses for Cameraman, reporters, producers and talk show speakers were held at the Teleradio-Moldova Training Center, supported by specialists from European televisions. The courses were organized to improve the quality of programs produced by the public television station.

The trainings were supported by Simon Hustings from the Thomson Foundation in the UK, Raghida Bahnam of Al Arabiya & Hadath News Channels, and Barney Jones, a former talk show publisher, at BBC. The logistical and financial support was provided under the project "Promoting Media Freedom and Pluralism in the Republic of Moldova" implemented with the support of the Council of Europe and the European Union.

For the employees of the National TV Production Department, a theoretical and practical course of familiarization with the innovative trends in the field was carried out. Producers and moderators have been trained on the BBC television experience in producing talk shows, and various moderation and interviewing techniques have been analyzed.

The expert gave consultants and production teams advice on their shows and suggested possible changes that could be made to improve the quality of media products. A number of workshops were held with talk show speakers.

European trainers went with teams on field to implement new techniques and work with reporters. As part of cameraman training, expert Simon Hustings told participants that "the difference between a man playing with a camera and a professional is not his talent but his schooling and training, or talking about image, talent and experience can not replace the school."

We would like to remind that the training and continuous training of the employees of IPNA "Teleradio-Moldova" Company takes place within the project "Promoting Freedom and Pluralism in the Republic of Moldova" launched by the Council of Europe jointly with the European Union.