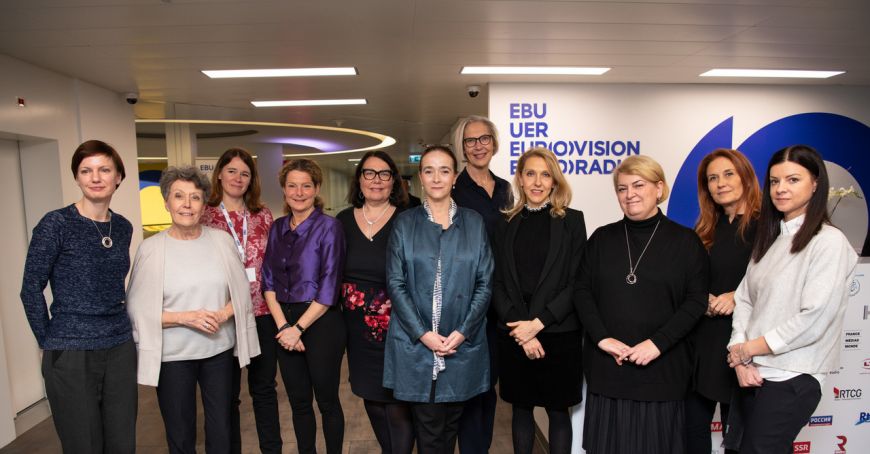 A new Executive Committee of the European Broadcasting Union

During the period 06-07 December, the President of the Company "Teleradio-Moldova" (TRM) Olga Bordeianu and the head of the Communication and International Relations Service Natalia Beregoi participated in the sessions of the General Assembly of the European Broadcasting Union (EBU) in Geneva, Switzerland. The agenda included issues regarding the new service strategy for EBU members (2019-2021), the acceptance of the Israeli public broadcaster as an active member and the voting of the members of the Executive Committee for 2019-2020.

The launch of the new service strategy for members is the first step of a three-year transformation plan. The strategy establishes the EBU commitment to support active and associated members and to provide services to help address immediate challenges, foster societal contributions, navigate through digital transformation, secure the future, and further development. The new corporate strategy is called "Together." It implies shared values, actions that can be accomplished in communion, content partners, knowledge and expertise center, network facilitator.

In-Office President Tony Hall said: "I welcome this new Executive Committee of the EBU. Public media has never been more important and necessary. Through collaboration, EBU members will be able to offer more to our audience and I am delighted to work with the new Executive Committee to reach this ambition in the next two years."

The General Assembly approved the Israeli public service broadcaster’s (IPBC) request to become a full member of the EBU.

The European Broadcasting Union is an alliance of public broadcasters, founded on 12 February 1950. It currently has 74 members active in 57 countries and 34 affiliated members in 20 countries. IPNA "Teleradio-Moldova" is an active member of EBU since 1994.