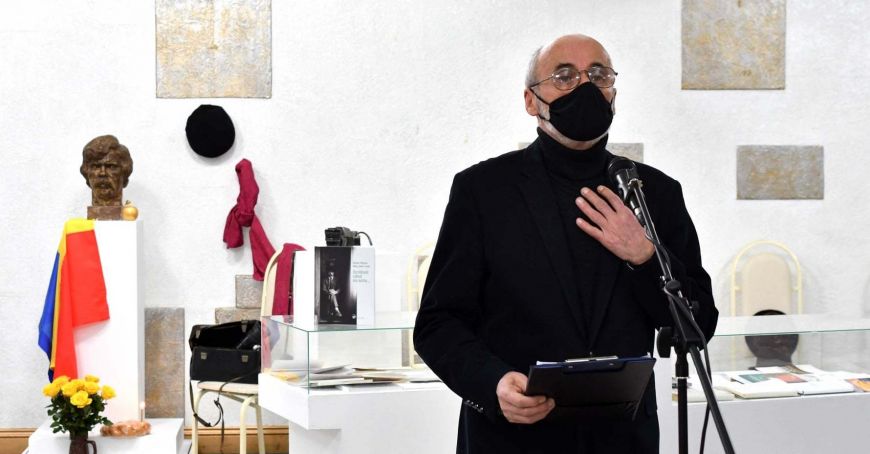 He laid the foundation of a history in images of the Writers' Union of Moldova, of literary, cultural and social life - it is about the late master-photographer Nicolae Răileanu, evoked on the occasion of his 70th birthday in the context of an exhibition, reconstruction of the atmosphere in his laboratory but also with the launch of an exceptional photo album composed and commented by a good friend, the filmmaker Mihai Poiata, Moldova 1 reports.

Making an exhibition about Nicolae Răileanu was a difficult mission.

"To present such a personality in an exhibition is an enormous risk. It is an exercise of reconstitution," declared the curator of the exhibition, Nicolae Pojoga.

Along with the photographs of the writers made by the master, the exhibition also presents the cameras, the books, the objects that belonged to him, a collection of hats donated by the writers.

"Nicolae Răileanu's photographic archive is invaluable and we are very happy that a group of enthusiasts was found, more than employees, that the museum cannot employ as many people as it gave for this exhibition, thank you all," said the director of the National Museum of Literature "Mihail Kogălniceanu" from Chisinau, Mariana Şleahtiţchi.

Particularly moved by the imaginary reunion with Nicolae Răileanu was his wife, Tamara Răileanu.

"Everyone remembers him, gives him so much love, and he was given a wonderful gift: this exhibition. He really gave himself and most importantly, he was very passionate about what he was doing," says Tamara Răileanu.

On the occasion of the anniversary, an exceptional album "Writers when they don't write" was released, a dream of Nicolae Răileanu.

Nicolae Răileanu was born in the village of Cobusca Veche, Anenii Noi and died in November 2018. A year after passing into eternity, his friends unveiled a commemorative plaque next to the window of his laboratory at the Writers' House.