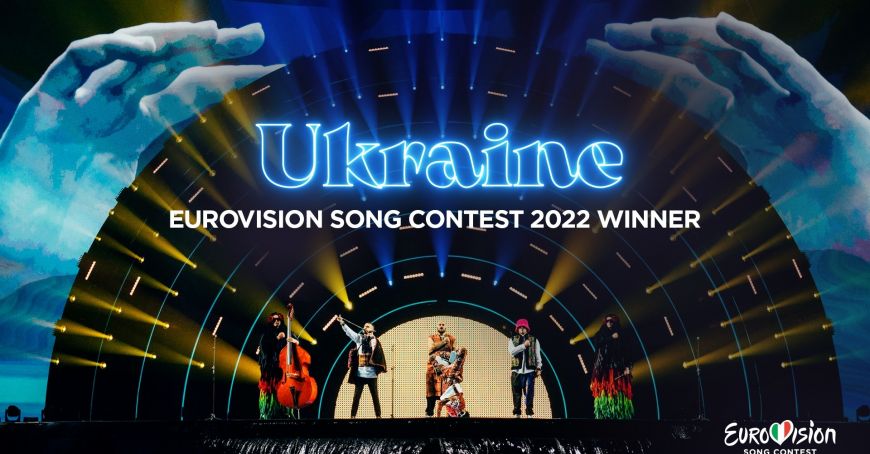 The big winner of the Eurovision Song Contest 2022 is Ukraine

The trophy of the 2022 Eurovision Song Contest goes to Ukraine, represented by the Kalush Orchestra with the song "Stefania". They ranked first after accumulating a total of 631 points from the jury and viewers.

Ukraine was also the favourite of the bookmakers, being ranked 1st even before the first semifinal. In second place was the United Kingdom, with 466 points, and in third place - Spain, with 459 points. Germany is last in the ranking, obtaining 6 points from the public.

For the grand trophy, 25 countries fought, including the Republic of Moldova, which was represented by the band "Zdob and Zdub" & the Advahov Brothers. They managed to rank 7th with 253 points. The professional jury awarded a total of 14 points to our country: 2 points from the Netherlands, 6 points from Greece, 1 point from Armenia and 5 points from Italy. From the public, our artists received 239 points. In turn, the Republic of Moldova provided 12 points to Ukraine, 10 points to the United Kingdom and 8 points to Sweden.

The Republic of Moldova has been participating in Eurovision since 2005. In that year, our country, represented by Zdob and Zdub, ranked sixth. The band SunStroke Project obtained in 2017 the best result for our country, occupying the third place in this competition.

The organiser of Eurovision is the European Radio and Television Union, the world's largest media alliance, with 116 active members in 56 countries and 34 associates. The first competition was held on May 24, 1956, with seven participating countries.