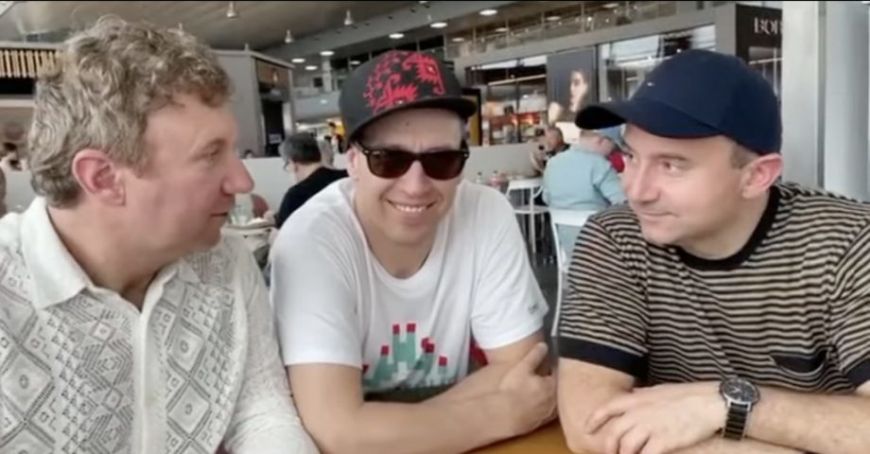 Zdob and Zdub and the Advahov Brothers thank their fans and audience: "We made history with you" (VIDEO)

"We made history, together with you and our fans, and we felt the power of the audience, the people, the music. The train reached everyone's house and heart. I am proud that it was sung in Romanian, the whole of Europe sang in Romanian: “Hey ho! Let's go. " Our little train goes on, "Zdob and Zdob and the Advahov brothers reported on their Facebook page.

We remind you that the representatives of the Republic of Moldova at Eurovision, Zdob and Zdub and the Advahov Brothers, ranked 7th,  with 14 points from the jury and 239 points from the voters in Europe, being the second country that had the most points from the public.

Romania ranked 18th with 65 points. And the winner of the Eurovision Song Contest 2022 is Ukraine with the song "Stefania", had 631 points.

Two police officers from Chisinau, sentenced to 5 years in prison for acts of corruption

Outbreaks of swine fever in Sîngerei and bird flu in Făleşti

Oleg Serebrian: The number of requests regarding the granting of citizenship of the Republic of Moldova for the inhabitants of the left side of the Nistru on a rise

Făleşti: A man died following a serious accident in Falesti

Four cases of tuberculosis, including a child, reported in Chisinau