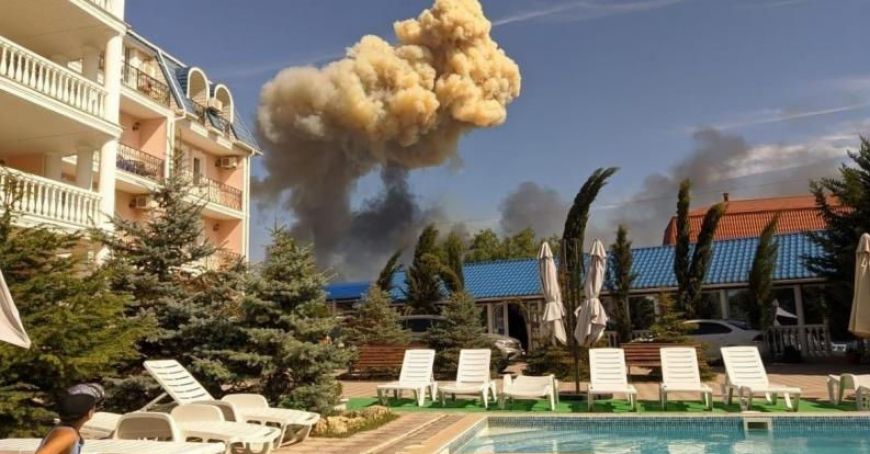 A fire occurred at an ammunition depot in the Russian province of Belgorod, two other explosions occurred near the Belbek airbase, in the Crimean Peninsula. Also, anti-aircraft defense was activated near Kerchi, and a Ukrainian drone was shot down, The Guardian reports.

Two Russian villages were evacuated after a fire broke out at an ammunition depot near the border with Ukraine in the Russian province of Belgorod.

"An ammunition depot caught fire near the village of Timonovo," less than 50 km from the border, regional governor Viaceslav Gladkov said in a statement, adding that no casualties were reported.

At least four explosions occurred near the Belbek airbase, north of Sevastopol, in the Crimean Peninsula, according to news.ro.

The pro-Russian governor of Sevastopol, Mikhail Razvozayev, said "there is no damage. No one was injured."

Air defenses were also activated near Kerch, the city at the end of the Crimean bridge to Russia, which is a strategically vital supply route that many Ukrainians would like to see destroyed.

Local media reported that a Ukrainian drone was shot down.